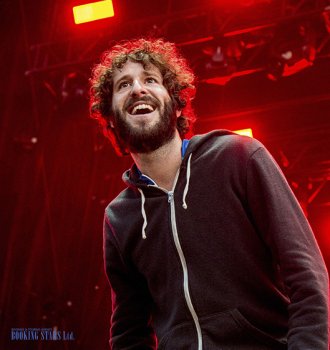 Lil Dicky’s real name is David Andrew Burd. He was born in 1988 in Pennsylvania in a well-to-do Jewish family. While in high school, David became a hip-hop fan.

The young man was shy and clumsy, so he had a tough time making friends. However, Burd’s amazing sense of humor was his forte. He came up with funny jokes to be noticed and accepted among his classmates. One time, he was assigned to do a report about Alexander Pushkin. The aspiring artist added elements of rap to the report. Both the class and the teacher were impressed.

After graduating from high school, the young man enrolled at the University of Richmond. After graduation, he moved to San Francisco. In California, David got a job at a marketing agency. The boring paperwork frustrated the young rapper and he decided to have a little fun. David drafted his monthly report as a rap music video. The funny video ended up in his boss’s hands, who immediately transferred the talented worker to the creative marketing department.

Since that time, David has started making first steps toward a career as a rapper. He filmed short music videos for his songs. At first, it was more of a hobby with the goal to become a comedian for further work on TV. Soon, Burd got a good hang of the process and came to enjoy it. While still working for the marketing agency, David was recording songs for his first album.

In April 2013, Burd released his first single “Ex-Boyfriend”. He uploaded the music video to YouTube where it collected a million views in just 24 hours. In May, the rapper presented his first mixtape, So Hard. David continued his hard work and self-released about 30 singles and 20 music videos in just five months. Then he used Kickstarter to ask people to fund his next projects. Burd asked for $70,000 but eventually collected $113,000, which was more than enough to continue working.

In February 2014, Lil Dicky gave his first concert in Philadelphia. It was a success. While working on the first LP, the rapper released a single “Lemme Freak”, which came in 3rd on Comedy Digital Tracks Chart. In December, he presented another single “White Crime”. Many fans tried to book Lil Dicky for private events as both a rapper and a comedian.

In June 2015, the artist presented the third single from the upcoming album, “Save Dat Money”, which was recorded together with Fetty Wap and Rich Homie Quan. The single climbed to the 14th spot of Hot Rap Songs Chart, came in 23rd on Hot R&B/Hip-Hop Songs Chart, and settled on the 71st position on Billboard Hot 100.

At the end of 2015, after a successful debut, Lil Dicky embarked on Looking for Love Tour. In 2016, he helped Trinidad James record “Just a Lil' Thick (She Juicy)”, which came in second on Hot R&B/Hip-Hop Songs Chart. He also collaborated with another rapper Kent Jones to release the single “Sit Down”, which was later featured in the album Too Much Too Soon. Then the artist embarked on Dick Or Treat Tour.

In April 2017, Lil Dicky filmed a music video to his track “Pillow Talking”, which had many special effects. In September, he presented a new EP, I'm Brain.

In March 2018, the rapper released another single “Freaky Friday”, recorded together with a famous artist Chris Brown. The song topped Hot R&B Songs Chart and the UK Singles Chart. In just two weeks, the music video for the single collected 50 million views on YouTube. 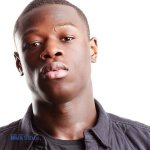 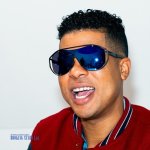