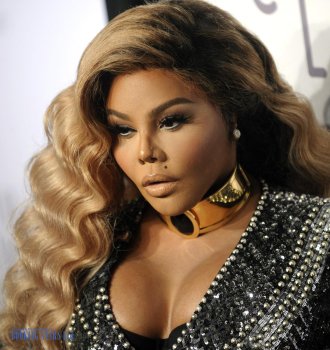 Lil Kim is a hip-hop singer from the United States, actress, model and composer.

Discography of a singer includes 6 albums, one of which was "brilliant". Is the winner of multiple Grammy Awards, American Music Awards, MTV VMA, VH1 Awards, The Source Awards, BET Awards.

When she was 9 years old, her parents separated. Kim stayed with her father, but left home as a teenager, because conflicts often arose between them, to put it mildly. The girl lived either with friends or right on the streets of Brooklyn. According to her, she did everything in her power to survive. (With local customs and the prevalence of murder, robbery, prostitution and drug trafficking, assumptions downright goosebumps.)

Some time later, Kim managed to find some stability: she went to college and got a job at Bloomingdales department store. The meeting, which completely changed her fate, took place almost by accident: somehow Kim was returning home, and then she came across a guy who asked her if she accidentally reads rap. It was Christopher Wallace aka Notorious B.I.G. He and Kim lived in the neighborhood, and his friends knocked that this girl, it turns out, can also rap. Then everything started spinning.

In the rap team Junior M.A.F.I.A. (stands for Junior Masters at Finding Intelligent Attitudes), where the young performer was pushed by Biggie, Kim was the only female participant. The group became famous thanks to the singles "Players Anthem" and "Get Money". The album Conspiracy was released in 1995 and quickly became a hit, hitting the top ten on Billboard. In parallel, Lil 'Kim works with projects Mona Lisa, The Isley Brothers, Total and Skin Deep.

But Kim turned out to be an ambitious girl. Participation in the group was not enough for her, and she decided to release a solo album and was not going to wait for several years, like Lauryn Hill. Under Biggie's tutelage her first disc, "Hard Core", is released (At first they wanted to call it "Queen Bitch", but they were afraid of censorship and refusal to sell.) Featuring a stellar team of producers such as Sean "Puffy" Combs, Jermaine Dupri, Prestige and more, the album quickly went platinum, hitting audiences' ears with hits like "No Time," "Queen Bitch," and "Crush On You," and almost immediately establishing Lil'Kim as the queen of hip-hop. The album came under attack by conservatives for its profanity and sex-dominated content. In response, the newly minted rap star only replied that this is just a way of expressing her personality, well, and a little personal experience.

It would seem that everything is fine. Time to celebrate success. But then a tragedy occurs that completely changed Kim's life. On March 9, 1997, Notorious B.I.G. was shot in Los Angeles. Biggie was her work partner, mentor, and friend. Kim even claimed to be lovers, despite the fact that Christopher was married to singer Faith Evans.

In 1998, Lil 'Kim released her second disc, Notorious K.I.M. Puffy serves as executive producer and the album comes out on Kim's own label, Queen Bee Records.

When the album Notorious K.I.M. achieved platinum status, Lil 'Kim began to shine on the covers of magazines, as well as sign contracts with cosmetics firms and famous fashion designers. According to journalists, she managed to become a link between rap and fashion. And this is despite her small height - about 150 cm. She herself says that her style was influenced by the glamorous beauties of Marilyn Monroe, Millie Jackson, Josephine Baker and Cher.

In 1999, Lil'Kim starred in the controversial video for Tommy Lee's Methods of Mayhem “Get Naked”, where almost all of the members, including Kim herself, appeared on the screen naked. At the same time, she also appeared in the movies, flashing in the series V.I.P. with Pamela Anderson and in the youth comedy She's All That. The remake of the song Lady Marmalade from the soundtrack to the film Moulin Rouge was very successful, where, in addition to Lil 'Kim, Christina Aguilera, Pink and Mya participated. The quartet grabbed a Grammy for Best Pop Collaboration Performance and an MTV Video Music Award for Best Video from a Film. Also in 2001, Kim contributes to the compilation Urban Renewal: Featuring the songs of Phil Collins, performing his version of In The Air Tonight using vocal samples from the same Phil Collins.

Today, Lil 'Kim maintains the status of a hypersexual rap bitch. In March 2003, her third album, La Bella Maffia, was released. This time, there was no influence of Junior M.A.F.I.A., no collaboration with P. Diddy. The album was produced by Timbaland, EZ Elpee and Swizz Beatz. Kim also contributed to the soundtrack for the film Chicago, performing Cell Block Tango with Queen Latifah and Macy Gray.

Book a celebrity online on our platform! Fill in the application form and enjoy the concert of your favorite singer! 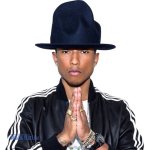