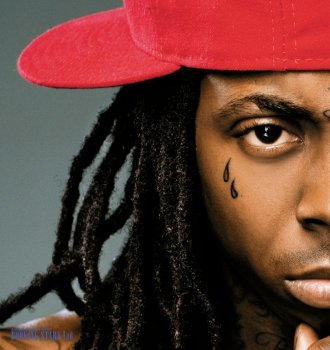 Lil Wayne’s real name is Dwayne Michael Carter Jr. He was born on 27 September 1982 in New Orleans. When Carter was 8, he started writing lyrics. A year later, he was already working with the label Cash Money. Wayne’s mother was just 19 when he was born. Two years after his birth, Carter’s father abandoned the family. His mom remarried and Wayne was raised by a stepfather. Wayne was a talented boy. He attended a school for gifted children. In high school, he was the star of a local drama club. However, excellent grades didn’t keep Dwayne from quitting school to pursue a career in music when he was just 14 years old.

In 1996, Wayne started working with a hip-hop group Hot Boys. A year later, the band presented a debut LP, Get It How U Live! At the same time, Carter collaborated with the rapper Juvenile to record a single, "Back That Azz Up", which climbed to the 18th spot on Billboard Hot 100 and settled on the 5th position of Hot R&B/Hip-Hop Singles & Tracks.

When Wayne was just 17 years old, he released his debut solo album, Tha Block Is Hot. It came in third on Billboard 200. The songs "Best New Artist" and "Tha Block Is Hot" made the album popular. It sold more than 1.4 million copies.

A year later, the rapper presented a new LP, Lights Out. Even though it was less popular than the musician’s previous work, it still climbed to high spots on the chart and earned a gold certification from RIAA.

In 2002, the artist released the next LP, 500 Degreez, which reached the 6th spot on Billboard 200 and earned a gold certification. The single “Way Of Life”, featured in the album, became a hit. Back then, many event organizers tried to book Lil Wayne, but he was busy recording new songs.

In 2004, the singer released the LP, The Carter, which later turned out to be the 1st part of the series. The critics approved the rapper’s work, which shot the sales through the roof. Almost 900,000 copies were sold worldwide. The song "Go DJ" reached the 3rd spot on Hot Rap Songs.

In 2006, together with Birdman, Wayne recorded an LP, Like Father, Like Son. The album featured a popular song "Stuntin' Like My Daddy", which climbed to the 21st position of Billboard Hot 100.

Between 2006 and 2007, Wayne focused on creating mixtapes. He presented Da Drought 3. Dedication 2, and Dedication 3. The same year, the rapper signed a new contract with Hot Boys and became part of the group once again.

In 2009, together with Young Money, Wayne recorded We Are Young Money. In numerous interviews, the musician promised the release of the fourth part of “Tha Carter” series. However, in 2010, he presented I Am Not a Human Being. The LP was commercially successful, selling 953,000 copies in the first week after the release. The single "Right Above It" reached the 6th spot on Billboard Hot 100.

Tha Carter IV finally appeared in 2011, topped the charts, and sold 3.5 million copies worldwide. The LP I Am Not a Human Being II reached the second spot on Billboard 200 in 2013.

The singer announced the release of The Carter V, but it was delayed due to problems with the label. It’s expected to appear in 2018. 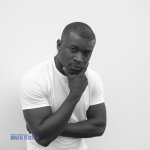