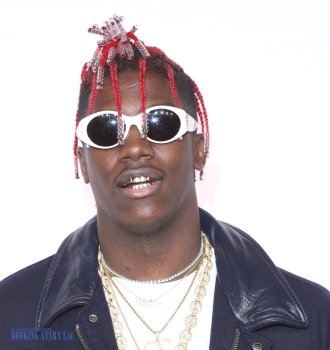 Lil Yachty (real name Miles Parks McCollum) was born on 23 August 1997 in Mableton, Georgia. He grew up in Atlanta.

In 2015, Miles came up with a pseudonym “Yachty” and moved from Atlanta to New York to start a music career. For a while, due to a lack of money, Miles had to live with his friend. He created an Instagram account and posted his work there.

Overnight success came to McCollum at the end of 2015, when one of his songs “One Night”, which he uploaded to SoundCloud, appeared in a popular comedy video "When Bae Hits You With That "So What Are We?", which was conquering the internet. As a result, the song was downloaded almost 40 million times.  The rapper acquired many fans. Some organizers even tried to book Lil Yachty for their events. The single “One Night” became the lead track of his debut mixtape. It reached the 49th spot on Billboard Hot 100 and was later certified platinum by RIAA for selling over a million copies.

McCollum presented his debut mixtape Lil Boat in March 2016. The cover design was done by Mihailo Andic. The rapper invited many musicians to help him record the album, including Young Thug and Byou. Complex platform rated the mixtape as 31st in its list of "Best Albums of 2016". Other online magazines also gave it high ratings. The album made it into Billboard 200 as well and reaching the 106th spot.

In April 2016, Yachty worked on a hit song from DRAM’s debut album. The single “Broccoli” reached the 5th spot of Billboard Hot 100. It was the first time both rappers managed to make it into Billboard Hot 100’s top-5. A year later, the song sold over 5 million copies and was certified platinum by RIAA.

In the summer of 2016, Yachty released his second commercial mixtape Summer Songs 2. Again, numerous musicians participated in the recording, including Byou and Offset. The mixtape received approval from the music critics. It reached the 197th spot on Billboard 200 and 44th spot on Top R&B/Hip-Hop Albums. The results weren’t as striking as for the first album but still pretty impressive for a beginner. In December, Miles worked on Kyle’s hip-hop single  "iSpy", which later earned an MTV Europe Music Award nomination.

The lead single from the upcoming debut LP, "Peek a Boo", became available online in April 2017. Among other musicians, Miles invited Migos to work on the album. The same day, the promotional single “Harley” was released. Two more singles came out in May. At the end of the month, Yachty released his 1st LP Teenage Emotions. It debuted on the 5th spot on Billboard 200 and received positive reviews from the critics.