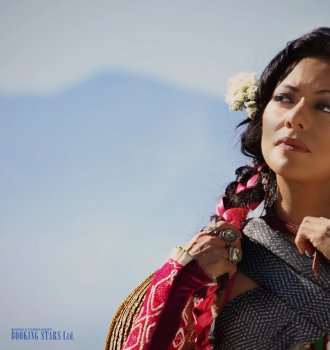 Lila Downs (real name Ana Lila Downs Sánchez) was born in the Mexican state Oaxaca on 19 September 1968. The girl was interested in music since childhood. Her mother, Anna Sanchez, was a cabaret singer. Her dad was a professor and a part-time cinematographer. It’s not surprising that with such parents, little Lila started singing when she was just 5 years old. By the time she turned eight, Downs was performing with mariachi musicians. When Lila was 14, her family moved to Los Angeles, where they lived for 2 years. After her father’s sudden death, Lila moved back to Mexico with her mom.

After finishing high school, Downs enrolled in the University of Minnesota, where she was mostly partying instead of studying. After a while, she decided not to study anthropology anymore, dropped out of school, and moved back to Mexico. At home, she learned to weave and started selling jewelry on the streets.

Then Downs decided to study music. Lila was performing in local bars and clubs, where she met her music partner Paul Cohen. Together they created a unique music style, which was a mix of jazz, Indian, Mexican, and African music.

In 1994, Lila recorded her debut LP Ofrenda and then released Trazos in 1998. Neither of the albums was successful. However, the LP La Sandunga, which she recorded in 1999 with Aries Music, became a hit. The album included such songs as "Tengo Miedo de Quererte", which she recorded together with Cohen. The single "Sabor a Mi" became very popular in Mexico.

In 2000, Downs released Tree of Life, which also included songs written by Cohen. The singles "Semilla de Piedra" and "Nueve Viento were very successful. The fans got a chance to hear some interesting instruments, which were unusual for the USA, such as ocarina, Tarahumara drums, and gourd.

In 2002, Downs and Caetano Veloso recorded a soundtrack to the famous film Frida. She even landed a small role in the movie. Many people said that Lila looked a lot like Frida and could definitely play the starring role.

In 2003, Downs performed at the Academy Awards ceremony together with Veloso. Her songs made it into many movies, including Real Women Have Curves and Tortilla Soup.

In 2004, Lila released One Blood (Una Sangre). Singles “Dignificada” and “Malinche” were popular in the USA and Mexico.

In 2006, Downs recorded the LP La Cantina, which was very successful. After the release of the album, the singer was at the peak of her popularity. Many organizers were hoping to book Lila Downs for their private events, but it was getting harder and harder.

The LP Shake Away (2008) conquered the hearts of Lila’s Mexican and American fans. It reached the 36th spot on US Billboard Top Latin Albums. The song “Ojo de Culebra" made it into Billboard Hot 100. After the release of the LP, Downs went on an Ojo de Culebra Tour. She visited Asia, Europe, and Americas.

In 2015, Downs released Balas y Chocolate and recorded Salón, Lágrimas y Deseo in 2017. Lila tours the world in support of both LPs. 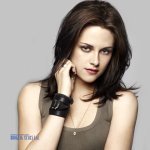