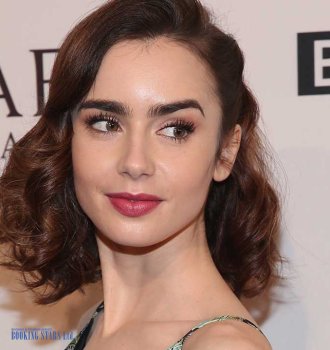 Lily Jane Collins was born on 18 March 1989 in Guildford, UK. Her father is a British singer Phil Collins. After Lily’s parents divorced in 1996, her mom (who is American) took the girl to Los Angeles. This may have been the first step toward Collins’ star-studded acting and modeling career.

However, Lily started acting way before moving to the USA. When Collins was just two years old, she debuted in the BBC series Growing Pains. When Lily was a teenager, she was thinking about becoming a reporter. The aspiring actress wrote for Elle Girl and worked with several other magazines.

In 2007, Collins tried herself as a model. She worked for Chanel and Glamour. In 2009, she appeared on Glamour’s cover, which was a big success for the young woman.

In 2008, Lily earned a prize at Young Hollywood Awards in the "One to Watch" category.

In 2009, Collins landed a small role in two episodes of 90210. She also played a daughter of the main character in the drama The Blind Side, which later earned an Academy Award and several important prizes.

In 2011, Collins worked on two movies. In the thriller Priest, the actress played Lucy Pace, who was the main character’s niece. In another thriller Abduction, Collins had one of the leading roles together with Taylor Lautner.

The next year was very important for the young actress. She finally made her breakthrough by landing a leading role of Snow White in the comedy Mirror Mirror. Lily worked with such famous actors as Julia Roberts, Armie Hammer, and Sean Bean. The role brought her international recognition. Fans started inviting Lily Collins to private events and birthdays. The actress was nominated for Teen Choice Awards in the "Choice Movie Actress – Sci-Fi/Fantasy" category but didn’t get the prize.

In 2012, Lily worked on an independent movie Stuck in Love, where she had the starring part of Samantha Borgens. After the Snow White debut, Collins seemed to be scoring only leading roles. She was on her way to becoming a part of the Hollywood elite.

In 2013, the actress worked on the main role of Clary Fray in The Mortal Instruments: City of Bones. The movie brought her several award nominations, including "Summer's Biggest Teen Bad A" from MTV Movie Awards. However, the prize eluded her once again. The same year Lily participated in the music video for the song “City of Angels" by Thirty Seconds to Mars.

In 2014, the romantic comedy Love, Rosie premiered. Lily had the starring role. It was one of the few movies with Collins, which had negative reviews from the critics. The same year she worked on the leading part in the movie Rules Don't Apply, which eventually premiered in 2016. The film brought the young actress her first Golden Globe nomination and a prize at Hollywood Film Awards.

In 2017, Collins starred in the drama To the Bone and an American- Korean movie Okja.

In 2018, the fans are awaiting four more movies with Lily Collins, including an animation movie Here Comes the Grump and the thriller Extremely Wicked, Shockingly Evil and Vile. 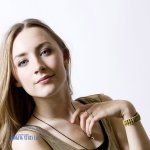