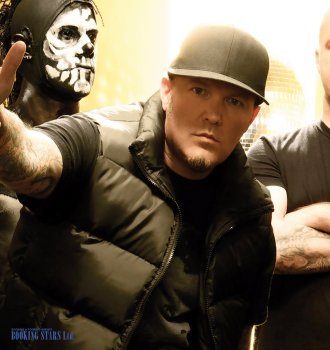 The group got its interesting name on one of the evenings when the musicians were playing their songs in someone’s garage. Fred Durst was so tired that he acted lazy and irritated. Sam joked that his friend’s brain turned into a limp biscuit. Fred liked the phrase so much that he suggested they call the band Limp Biscuit. The musicians agreed after changing the way the second word was spelled in order to make it look hipper.

Fred Durst loved hip-hop. He was a big fan of Dr. Dre, Eminem, and Snoop Doggy Dogg. At the same time, other band members found inspiration in the works of Red Hot Chili Peppers, Rage Against The Machine, Sum 41, Nirvana, and Dead Kennedys. The band’s style was unpredictable and tough to classify.

In 1994 and 1995, the musicians were working on their songs but couldn’t find a way to show their work to the public. Everything changed when Korn gave a concert in Jacksonville. Durst managed to make friends with the band members by offering to make them a tattoo. While talking to the famous musicians, Fred gave them Bizkit’s demo album. Such a useful acquaintance allowed Limp Bizkit to go on a tour with House of Pain and Deftones.

During the tour, the musicians lured away House of Pain’s DJ Lethal. His mixes helped combine rap and rock and gave the band its unique sound. The group started getting offers from different labels. In 1996, they signed a contract with Flip Records.

In 1997, the group released its debut studio LP, Three Dollar Bill, Y'all. It reached the 22nd spot on Billboard 200. Eventually, the album sold over 2 million copies and earned two platinum certifications from RIAA. The band was quickly becoming famous. It was getting hard to book Limp Bizkit for any private events.

In 1999, the musicians recorded a new LP, Significant Other. It became the most popular and financially successful album in their career to date. The LP topped Billboard 200 and Canadian Albums Chart. More than 7.5 million copies were sold.

Limp Bizkit presented its next album, Chocolate Starfish and the Hot Dog Flavored Water in 2000. It conquered the majority of world charts, including Billboard 200, UK Albums Chart, ARIA, and Canadian Albums Chart. The LP featured such hits as "Rollin' (Air Raid Vehicle)" and "My Generation".

In 2003, the band released Results May Vary. The album was less popular and commercially successful than the group’s previous work. However, it appeared on the world charts and sold over 1.3 million copies in the USA.

In 2004, the band recorded a successful compilation album, Greatest Hitz, and announced a hiatus.

In 2009, the musicians reunited and started working on a new LP, Gold Cobra, which didn’t come out until 2011. The LP reached the 16th spot on Billboard 200 and the 30th position on UK Albums Chart. It was much less successful than the band’s other albums. The same year, the artists released a compilation album, Icon, which didn’t make it into the charts.

Even though the band’s albums weren’t as popular as the musicians hoped for, their live performance was in high demand. The group toured the world and participated in music festivals. 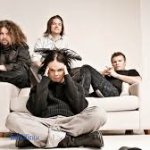