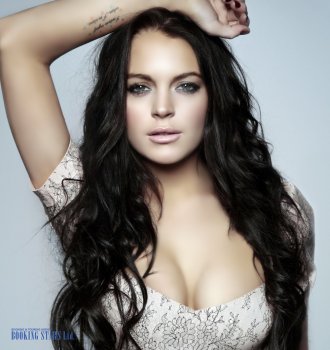 Lindsay Lohan is an American actress, singer, model, director, producer and tabloid fixation. She is also a talented international celebrity DJ with many years of experience.

Lindsay has taken to the decks at events and parties all over the world. She DJed in Brazil at the launch of John John Denim’s flagship store in Sao Paolo. She manned the DJ booth at the Whisky Mist club in London for a celebrity guest list that included P Diddy. She was the DJ at the wedding of fellow model and friend Lana Zakocela in Florence, and she has DJed in VIP Room in Cannes during the prestigious film festival.

During her DJ career she has shared the booth and learned from highly skilled and internationally successful DJs including Major Lazer and Diplo.

Best known as the star of Mean Girls, Freaky Friday and The Parent Trap, Lindsay is also a fashion designer with her own clothing line and a stage actress, recently starring in a West End production of Speed-the-Plow.

She is no stranger to the music industry, with two major-selling albums to her name: the Platinum certified Speak and the Gold-certified A Little More Personal (Raw).