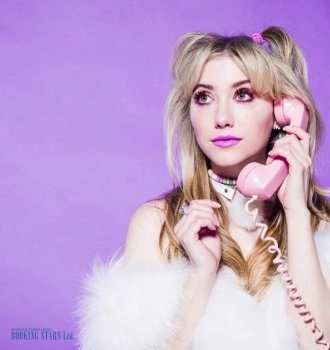 Liz Y2K’s real name is Elizabeth Abrams. She also performs under the simplified form of the pseudonym – Liz. Abrams was born on 16 March 1987 in Los Angeles. She enjoyed singing since childhood. When she turned seven, the girl declared her intent to become a professional musician.

Abrams devoted her free time to learning how to dance. She decided to study ballet and danced with The Joffrey Ballet. Besides dancing, Elizabeth worked on an acting career. She performed in commercials, films, and TV shows.

At 14, Liz decided to devote her time to the music. She attended many auditions, trying to find a way to earn money with her talent. Abrams even auditioned for a spot in the band No Secrets but wasn’t accepted. For the next 7 years, Elizabeth tried hard to become a successful musician. She learned how to play keyboards and performed on different stages in LA. At that time, the young woman was influenced by the work of such musicians as Max Martin, Terry Lewis, Jimmy Jam, NSYNC, Aaliyah, Ashanti, Mýa, and Craig David. However, her top idol was Britney Spears.

In 2012, Liz finally began her singing career. She was invited to record “Poison” with Audrey Napoleon. Shortly, she got a chance to work with Nicky Romero and Zedd on “Human”, with Zedd on “Hourglass", with XV on "Learn to Fly", and with Rusko on "Opium".

A year later, the artist presented her debut LP and two EPs. The first LP got the name Liz: Tour. It featured such successful songs as XTC", "Hush", "Stop Me Cold", "U Over Them", and "Every Memory". The first two songs also appeared in the EPs with the same names. Each of the albums featured additional singles, "Underdogs Feat. RiFF RAFF" and "Every Memory".

In 2013, the singer presented her first music videos for the songs "Hush" and "U Over Them". However, they didn’t manage to become successful on YouTube, collecting a few thousands of views.

In 2014, the singer recorded one more EP, Just Like You. It featured such songs as "Y2K", "All Them Boys ", "Say U Would", and "Don't Say Feat.Tyga". The same year she worked on other artists’ songs, including tofubeats’ "CAND¥¥¥LAND", KITTEN’s "My Rulez", Travis Barker’s "Live Forever", 2 Chainz’s "Employee of the Month”, and Usher’s "Would U Believe It". The young singer tried to gain as much experience as possible. Sometimes fans tried to book Liz for their private events, and she often agreed.

In 2015, the singer presented her most popular single to date, "When I Rule the World”. She also recorded a music video. The single appeared in a Samsung commercial, bringing Liz international recognition. The same, she recorded a cover version of Spice Girls’ "2 Become 1". Liz also worked with Myrne’s on “Brand New" and on Diplo’s "Set Me Free".

In 2016, Elizabeth recorded a mixtape, Cross Your Heart. It featured such songs as "Star", "Cross Your Heart", "High School Luv", "When I Rule the World (Grandtheft Remix)", and "Forever".

In 2017, Liz got a chance to work with a famous singer FEMM to record “Do It Again”. She also appeared in the music video for the song. The video collected almost 200,000 views on YouTube. The same year, Abrams presented a single “Tropical Holiday”.

In 2018, Liz worked with many artists on different songs, including Rytmeklubben and Synchronice. She also recorded solo singles, "Could U Love Me", "Queen of Me", "Super Duper Nova", and "Pandemonium". All of them were successful on the local level.

Liz is working hard to keep her popularity afloat. She monitors the wishes of the audience, records new songs, and performs live.