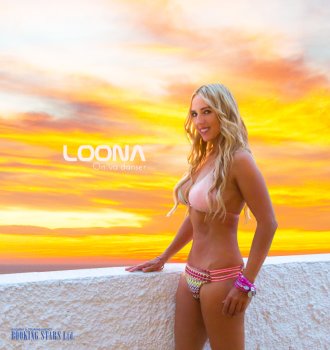 Loona was born on September 16, 1974 in Netherlands. She is a singer and a songwriter, mostly known for such songs as “Bailando”, “Hija Del La Luna”, and “Caliente”. Loona is the new name of a project called DJ Sammy feat Carisma.

Loona’s real name is Marie-José van der Kolk. She was born in Holland but has a Spanish heritage. Every since she was very young, Marie attended a ballet school and became a professional dancer. She spent several hours every day dancing and staying in shape. Besides being a talented dancer, Loona has a special voice, which gained her impressive popularity. Meanwhile, DJ Sammy was great at creating music. They became a wonderful duo. Sammy’s music was professionally written but couldn’t have gained a proper sound without Loona’s voice. They decided to give Marie a pseudonym. The first one was Carisma. They called their duo DJ Sammy feat Carisma. Their very first single “Life is Just a Game” (1996) became a big hit and reached the 62nd spot on the German singles chart.

Each next single released by the due, such as “You’re My Angel”, “Prince Of Love’, “Golden Child”, and “In 2 Eternity” were very successful. The music video Golden Child was also hit. Soon the duo released their debut studio album Life is Just a Game. Their tandem became one of the most famous Germany dancing projects.

After a while, the duo changed the music style to lyrical Latin sound and decided to change the pseudonym as well. The new project took off under the name of Loona. Sammy was playing the music as before and Marie wrote songs and sang them. Their first big hit was “Bailando” (1998), which reached the 13th spot on the Dutch Top 40 chart and topped German and Swiss Charts.

The duo released 6 more studio albums, the latest one being Badam (2016). They are still writing and recording new songs as well as performing live. 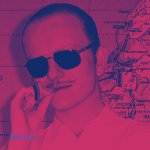