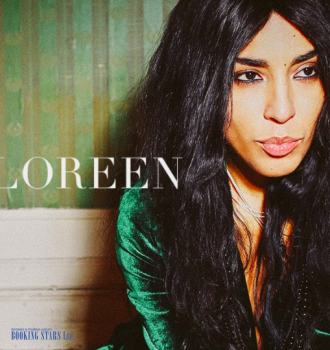 Loreen became popular after her victory on Eurovision 2012 in Baku. She impressed all music lovers and critics with her impressive vocal talent and performance. The song “Eurphoria” became an international hit.

The celebrity was born in Stockholm on 16 October 1983. Her parents came from Morocco, They moved to Sweden before Loreen was born. Her full name is Lorine Zineb Noka Talhaoui.

Loreen wanted to become a singer since she was a child. She knew her heritage well and enjoyed studying the way African people expressed their emotions and feelings with music. When Loreen was young, she often visited her grandmother in Morocco. There, she learn how to play the drums and sing.

When Loreen was young, she was very unsure of herself. To fight her lack of self-confidence, the girl signed up for singing classes. When she was 12 years old, the future singer’s father died. Her mother had to work hard to bring up seven children. Loreen was the oldest. She had to learn how to be independent early.

When she was a teenager, Loreen’s family moved to a small Swedish town, Westeros. She attended high school there and participated in all school plays. The girl often landed leading roles.

Loreen’s singing career began in 2004. She participated in the singing contest and became one of the four finalists. Even though the aspiring singer didn’t win the content, she acquired some important connections in the music business. Between 2005 and 2011, Loreen was a TV host and producer. She worked on three popular Swedish reality shows.

In 2011, the singer participated in the Swedish contest, Melodifestivalen. She performed her own song, "My heart is refusing me". The winner was supposed to go to Eurovision. Even though Loreen didn’t win, her song turned out to be very popular. It appeared on different European radio stations and brought Loreen a prestigious Gaygalan award.

Next year, the young woman tried her luck once again. This time she performed another song, “Euphoria” and won. Loreen got a ticket to Eurovision 2012.

After performing her song on Eurvovision 2012 in Baku, the singer got whopping 372 points. She got high scores from the majority of listeners. While she was singing, the artist got support from a dancing team headed by Ausben Jordan. After the victory, Loreen got a chance to become famous, and she wasn’t about to miss it.

The same year, the singer released her debut LP, Heal. It reached high spots on the European charts and went platinum after just one week. For the next two years, Loreen gave concerts all over the world. In 2014, she was nominated for three prizes at Rockbjornen and five World Music Awards.

Many fans wanted to book Loreen for private events, but she was busy giving concerts.

In August 2015, the singer recorded a new single, "I'm in It with You", which was well-received by the fans and critics. She also filmed a music video for the song. It was inspired by the movie Beyond Borders (1979).

The next single appeared at the end of the year. It was "Under ytan". The song was a cover of the original song by Uno Svenningsson.

In 2016, Loreen came back to Eurovision as an independent artist. She performed one of her hits on Tele2 Arena in Stockholm the night before the finals. In November, the singer performed "Statements". in the Melodifestivalen contest, but didn’t manage to win.

In the summer of 2017, Loreen presented her next LP, Ride, and embarked on a tour of Sweden. Together with other Eurovision winners, she gave concerts all over the country. The same year, the artist presented an EP, Nude, which featured hits “Body” and “Jungle”.

Loreen gives many concerts and records new songs on a regular basis. In 2018, she got a prize at Scandipop Awards for her hit “Statements”.

How much does it cost to book Loreen:
Price inquiry
Loreen booking agent:
Contact agent
Loreen Contacts:
Send Loreen a message
« previous next » 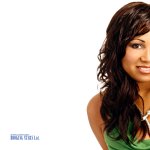