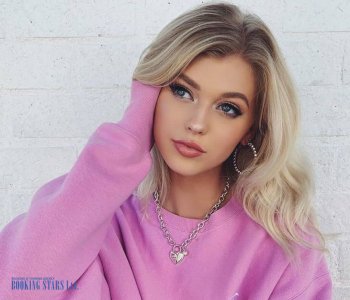 Singer and social star who first became well known for her lorengray TikTok account, which has amassed over 51 million fans. She is also an actress, model and dancer. In March 2018, she signed with Virgin Records and she released her first single "My Story" later that year. She's also host of her own Snapchat show Glow Up.

She registered for Twitter in March of 2013 and signed up for YouNow in June of 2014.

Musical.ly was introduced as an app in 2015 and she was one of the first social stars to grow an immense following on the platform.

She has been featured by Teen Vogue and Seventeen Magazine. In 2016, she received award nominations at the People's Choice Awards, the Teen Choice Awards, and the VMAs.

She has more than 21 million followers on Instagram and more than 3.8 million subscribers on YouTube. She has also been known on social media as Loren Beech.

She has a dog named Smudge Pom and previously had a dog named Angel Pom who passed away in 2019.

She was part of the 2017 Spring DigiTour lineup alongside Nathan Triska, Tyler Brown, Blake Gray, and HRVY.