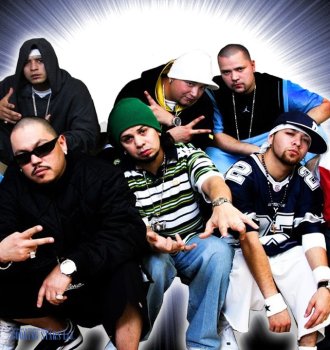 Los Kumbia Kings was created in 1999 by a famous musician Abraham Quintanilla, the brother of the tragically murdered singer Selena. The band immediately became famous and each new song reinforced their position. Unfortunately, the band members had many disagreements, which eventually lead to two breakups. However, Quintanilla always managed to get the band back together. The band’s lineup changed several times. After the final break-up in 2006, Quintanilla created a new group Kumbia All Starz together with a few members from the old group’s lineup.

In 1999, the band signed a contract with EMI Latin and released the debut album Amor, Familia y Respeto. The singles "Azúcar," "Fuiste Mala," "Se Fue Mi Amor," and "Reggae Kumbia" were very popular. The overwhelming number of hits allowed the LP to enter the top-10 of the Billboard Top Latin Albums chart. The LP was nominated for several awards and won Billboard Latin Music Award for the Album of the year from a new artist.

In 2001, the Kings released a new album Shhh! The LP reached the second spot on the Billboard Top Latin Albums chart. With time, it moved up to the top. Among the popular singles from the LP were such songs as "Think'n About U," "Shhh!," "Boom Boom," "Mi Gente," and "Insomnio." While riding the popularity wave, the band released a remix album All Mixed Up: Los Remixes (2002). The hit single from the album "La Cucaracha" conquered Latin charts.

In 2003, the band released the new album 4. Yet again, the Kings were on top of their game. The LP conquered the charts, and the singles "No Tengo Dinero" and "Don't Wanna Try" were shining at the local radio stations. The album was recorded with the assistance of such famous artists as Juan Gabriel, El Gran Silencio, and Ozomatli. In order to book Los Kumbia Kings for any event, club managers had to do some serious work. Even though the band was very popular, the relationship between the members was getting worse and worse. The members were leaving the group one by one because they weren’t satisfied with the payment policy. Some of them sued the band and managed to recover small amounts. Frankie J and DJ Kane pursued successful solo careers.

However, Quintanilla didn’t mourn them for long. He found new vocalists and recorded another album Los Remixes (2004). One of the songs from that album "Sabes a Chocolate," which was initially performed by Menudo, was very popular. The next LP Fuego (2005) got great reviews. The new vocalist PeeWee was at his best.

In 2006, the disagreements started again. Thus, time Quintanilla left. He took PeeWee and a few other members with him. Together they created a new band Kumbia All Starz. The band released four successful albums, the first one of which had a telling name, Yesterday it was Kumbia Kings, today it’s Kumbia All Starz.