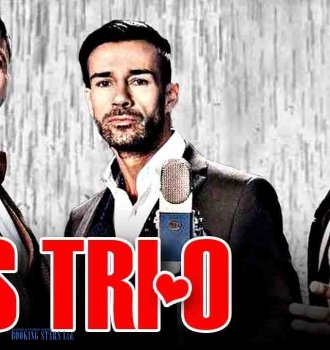 Los Tri-O was created in 1998 by a famous producer and musician Jonny Gutierrez. Before the band came together, each of the members was getting ready for a music career. Manu started working with music when he was 13 years old. Then he enrolled in the Columbian State University to study filmmaking, where he was taking singing courses. Andres started playing different instruments when he was just a teenager. He was a fan of Latin music. Esteban loved singing since childhood. He preferred romantic ballads.

John Gutierrez bet on romance, youth, talent, and handsome looks of the trio. The experienced producer turned out to be right. As soon as the band made it on the radio and TV, the young men became famous. Even before they released their first studio album, Los Tri-O went to Mexico with Tierras Aztecas tour, during which they checked out the country and found many fans.

In 1999, the band signed a contract with BMG and released their first studio album Nuestra Amor, which immediately became popular. The LP stayed in the local charts for 13 weeks in a row. Right after releasing the album, the band went to tour the eastern part of the USA and then travelled to Puerto Rico, where they became extremely popular. The disc sold over 400,000 copies in Puerto Rico and the USA. It was certified platinum twice.

In 1999, the band recorded another album, Mi Gloria Eres Tu. Right after the release, Los Tri-O toured Central and South America and Spain. The LP won a Latin Music Award as “The Best Pop Album of the Year.”

In 2000, the band earned another Latin Music Award as “Best New Artist”. The group was at the peak of its popularity. It was virtually impossible to book Los Tri-O for any event. The young men were too busy recording new LPs and then promoting them.

In 2001, Los Tri-O recorded another album Siempre En Mi Mente. It was a romantic song collection. The lyrics were written by Juan Gabriel. Gabriel sang with the band when recording the lead single from the LP.

In 2004, the band recorded Canciones Del Alma. The LP was fully dedicated to the famous composer and musician Marco Antonio Solis. Even though some viewed this as a risky move. The LP turned out fairly successful.

In 2005, the band recorded another LP Parece Que Fue Ayer. Right after the release, the band went on a world tour to support both discs. A year later, together with Melina Leon, Los Tri-O recorded Serenata en San Juan, which brought them a Latin Grammy Award for “Best Traditional Tropical Album.” The musicians and Leon went on a tour. When they returned, Manu left the band to pursue a solo career, and the group fell apart.

In 2015, the band decided to reunite. In 2016, they recorded a successful LP Nuestro Primer Disco: Nuestro Amor and went on a supporting tour.