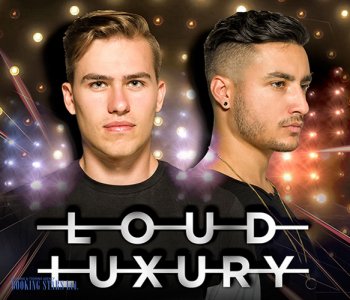 Loud Luxury was created in 2012 by two talented musicians, Andrew Fedyk and Joe Depace. For a long time since its formation, the duo was popular on the local level only. They performed in nightclubs and bars, honing their skills and slowly gathering fans. Initially, the artists chose two genres, future house and deep house.

Fans have little information about the artists’ personal life because musicians rarely share anything of the sort in their interviews. The two of them met while still in college and became friends thanks to similar music preferences. Andrew was born in Toronto, Canada. Joe was born and grew up in London. After meeting in college, the two young artists decided to form a group, which would help them develop their artistic skills and become popular.

Andrew and Joe were inspired by many famous musicians. But they both especially liked Robert Robinson, whose concert impressed them. Both artists enjoyed the way the singer works with the audience and creates a special atmosphere. Inspired by his work, Loud Luxury recorded its first song “See It Again” in 2016.

The artists caught the attention of music lovers and critics when they created a remix for Dzeko & Torres’s hit “Home”. The remix reached the third spot of the HypeM chart. The next successful release was a remix for Justin Timberlake’s "Can't Stop The Feeling". It topped the charts and appeared on the radio.

A big step forward for the duo was taken in 2016 when the young musicians released a single "Going Under", which was recorded together with Borgeous. The song made it into the singer’s next LP. It became very successful and made the duo even more popular. Soon after the release, the duo helped Tiesto record a single, "Fill Me In", for his album AFTR: HRS. The song made it to the top-5 on Spotify and reached high spots on the charts all over the world. After that, many fans started trying to book Loud Luxury for private events.

In 2017, the young artists decided to create a remix for Martin Garrix’s "Scared to Be Lonely". Initially, the song was performed by a British singer, Dua Lipa. After some time, the artists recorded a new single “Body” with Brando. The song was created in Armin van Buuren Armada Music studio. Brando was responsible for the vocals. It earned numerous platinum certifications in many countries and came in third on Canadian Hot 100.

The single “Body” was the first song created by Loud Luxury to climb into Billboard 200. Appearing on the chart helped the duo get close to international popularity. The single reached the 80th spot, which was a good result for a young band.

At the beginning of 2017, musicians began collaborating with Ryan Shepherd, who focused on deep house. Together, the artists recorded a successful single, "Fill Me In", which initially had a different name - "Something to Say".

In 2018, the duo was nominated for Hollywood Music in Media Awards as Independent Music Video for the single "Show Me", recorded with Nikki's Wives. The same year, the duo recorded a single "Love No More" with Anders. It reached the 44th spot on the national Canadian chart and made it into top-100 in the UK and Australia. Next year, the artists got a Juno Award for their track “Body”.

In 2019, Loud Luxury appeared on Electric Daisy Carnival in Las Vegas and then performed in Chicago at the Lollapalooza festival. The same year they presented a hit single, "I'm Not Alright", recorded with Bryn Vice. It came in 15th on Canadian Hot 100. 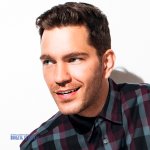