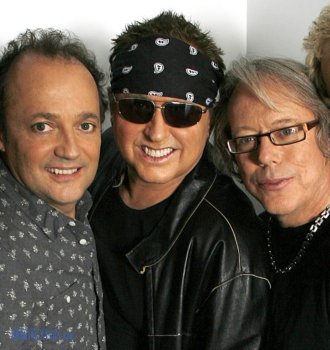 The rock band Loverboy was formed in Canada, in 1979. The current lineup includes Mike Reno, Paul Dean, Doug Johnson, Matt Frenette, and Ken Sinnaeve. They are mostly famous for such songs as “Turn me Loose”, “Hot Girls In Love”, and “Working for the Weekend”. They hold numerous June awards.

The story of the group began when the ex-guitarist of Streetheart Paul Dean met the band member of Moxy Mike Reno. They liked each other’s work and decided to perform together. At that time, they were joined by the keyboardist Doug Johnson. They tried to get a deal with various American record labels but failed. Eventually, they signed a contract with a Canadian branch of Columbia Records.

In 1980, the band released their first LP Loverboy. It was a big hit in the USA, Canada, and New Zealand. Eventually, the album received 5 platinum certifications in Canada and 2 in the USA. 700,000 copies were sold in Canada only. The songs from that album “The Kid is Hot Tonight”, “Turn Me Loose”, and “Lady of the ‘80’s” were a big success. The head office of Columbia Records released the album in the USA.

After the release of the LP, the band went on a tour with such popular artists as Journey, Cheap Trick, ZZ Top, and more. Upon the return, Loverboy recorded the second studio album Get Lucky, which was even more successful than the first one. The LP brought the musicians 6 Juno Awards.

The third LP Keep it Up was also a big hit. The songs “Hot Girls In Love” and “Queen of the Broken Hearts” received international recognition.

The next two albums Loving Every Minute of It (1985) and Wildside (1987) were very successful, getting high spots on the USA and Canadian charts. Some songs were written together with Richie Sambora and Jon Bon Jovi.

After the release of the fifth album, Loverboy took a break from recording studio albums and worked on tours and compilation LPs.

In 1997, they came back but couldn’t get the same popularity. They released 5 more albums, none of which managed to get into the charts. The band continues to work on new songs and performs live.