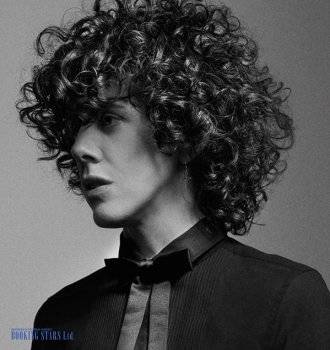 Laura Pergolizzi was born in Long Island. She doesn’t reveal the year of her birth. Fans believe it could be anything between 1968 and 1981. She adopted the pseudonym LP after moving to New York City. In 2001, Laura recorded her debut LP with the assistance of Koch Records. Heart-Shaped Scar didn't make it into the charts.

The release of the next album, Suburban Sprawl & Alcohol, took place in 2004 with the label, Lightswitch. While recording the LP, the singer was working with a producer and songwriter Linda Perry. Even though she gave numerous concerts to support the album and earned positive reviews, the album didn’t become as popular as the singer hoped for.

In 2006, LP attended a music conference South by Southwest and gave an impressive performance. After that, many large labels were vying for her attention. Eventually, she signed a contract with LA Reid, the owner of Island Def Jam Music Group. However, due to numerous disagreements, the contract was eventually cancelled. In 2007, she signed a new one with SoBe Entertainment.

In 2009, Laura worked on songs for other artists. In the summer of 2010, she signed a contract with the new label, RedOne, and created a single "Cheers (Drink to That)” for Rihanna. The song was featured in Rihanna’s fifth LP, Loud. In one of her interviews, Rihanna said that the single was one of her favorites.

In 2011, LP became a coauthor of a song, "Afraid to Sleep", which was performed by Vicci Martinez on the talent show The Voice on NBC. The song reached the 10th spot of Top Singles Chart on iTunes. It was used in TV commercials.

In 2012, the singer released her first live album, Into the Wild. It featured five songs. After the release, the artist went on a long tour and performed on such festivals as Bonnaroo, SXSW, Bumbershoot, and Lollapalooza. Many organizers wanted to book LP for private events, but she rarely agreed.

In May 2012, LP was named the artist of the week by Vogue. For the next two years, she has been working on a new album, which featured guest appearances of such artists as Isabella "Machine" Summers, Billy Steinberg, Claude Kelly, Carl Ryden, and Justyn Pilbrow. The album came second on Top Heatseekers and made it into Billboard 200.

In 2016, the singer recorded another album, Lost on You. The lead single was "Muddy Waters". In November, the artist presented another single, "Lost on You". Both were created with the assistance of a famous musical producer and songwriter, Mike Del Rio. The album also featured such hits as. "No Witness", "Up Against Me", "Other People", and "Into the Wild". The same year Laura presented a new EP, Death Valley.

LP assisted David Baerwald with his single "Hi Ho Nobody Home". It was featured in one of the episodes of the popular TV series Mr. Mercedes.

In 2017, LP worked with Mylène Farmer on her single "N'oublie pas". The song quickly topped iTunes chart. It appeared in Farmer’s next album, Desobeissance.

In the summer 2018, LP declared on Facebook that she was working on a new album. Soon she released the first single, "Girls Go Wild". The album itself, Heart to Mouth, came out in December. It came in second on Top Heatseekers Chart. The LP featured such songs as "Dreamcatcher", "When I'm Over You", "One Night in the Sun", "Hey Nice to Know Ya", and "Shaken". 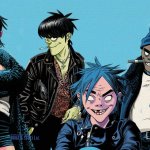