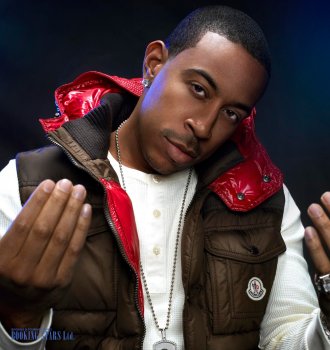 Ludacris’ real name is Christopher Brian Bridges. He was born on 11 September 1977 in Champaign, Illinois. Later, his family lived in Chicago and Atlanta. Christopher has been studying music since childhood. He began reading rap when he was just nine years old. In 1998, Bridges enrolled in Georgia State University to study music management.

Christopher started his music career by working as a DJ on the local radio station. Back then, he used the pseudonym DJ Chris Lova Lova. However, this low-paying job turned out to be life-changing. It helped him meet Timbaland, who was a famous producer at the time and helped jump-start the rapper’s career.

In 2000, Ludacris released his first studio LP, Back For The First Time. It climbed to the fourth spot of Billboard 200, which was an impressive success for a beginner. Such songs as "Southern Hospitality", "What's Your Fantasy", and "Phat Rabbit", featured in the album, became hits. While recording the LP, Ludacris collaborated with famous rappers, including Shawnna, I-20, Foxy Brown, Lil Fate, Trina, Timbaland, Pastor Troy, and UGK. At the same time, he finalized his pseudonym. Later, he admitted that it was tough finding something that sounded good while featuring his name “Chris”.

A year later, the rapper released one more album, Word of Mouf, which was just as successful.

To record the songs for the next album, he worked with such artists as 8Ball & MJG, Playaz Circle, I-20, Snoop Dogg, Lil Fate, Chingy, Lil' Flip, and Shawnna. Chicken-n-Beer came out in 2003. It became popular thanks to the hit single "Stand Up", which topped Billboard Hot 100 and earned a platinum status.

In 2004, Usher invited Ludacris to record a single. “Yeah!” became a huge hit. It topped the world charts and earned several platinum certifications. The single brought the artist a Grammy and three BET awards. After that, many organizers tried to book Ludacris for private events.

The official release of the LP, The Red Light District, took place in 2004. The album and the singles stayed on high spots of the charts for a long while. “Pimpin' All Over the World”, “Number One Spot”, “The Potion”, and “Get Back” became hits.

In 2006, Ludacris released Release Therapy. It was one of the most awaited albums recorded by the rapper. He also presented a CD with two sides, Release and Therapy. The LP topped Billboard 200 for a long time. It sold 309,000 copies a week after the release.

In 2008, the rapper presented his sixth album, Theater of the Mind. When recording the LP, Ludacris worked with Jay-Z, Chris Brown, Rick Ross, T.I., Lil Wayne, Plies, T-Pain, Common, Nas, and The Game. The album debuted on the fifth spot of Billboard 200. The hits "What Them Girls Like" and "One More Drink" reached the 33rd and 24th positions on Billboard Hot 100 accordingly.

In 2009, the musician released Battle of The Sexes. It earned a gold status in the USA. The lead single from the album, "How Low" became platinum twice. The LP featured two more hits, "My Chick Bad" and "Sex Room”.

In 2012, Ludacris released “Representin”, "Stairway To Heaven ", and “Rest of My Life”. The latter was featured in the soundtrack to Fast & Furious 6.

In 2015, the rapper released his latest LP to date, Ludaversal, which climbed to the third position of Billboard 200 and earned positive reviews from the critics.

How much does it cost to book Ludacris:
Price inquiry
Ludacris booking agent:
Contact agent
Ludacris Contacts:
Send Ludacris a message
« previous next »