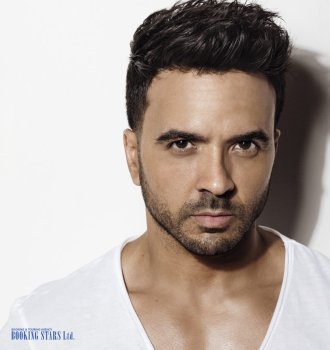 The real name of Luis Fonsi is Luis Alfonso Rodríguez López-Cepero. He was born in San Juan (Puerto Rico) on the 15th of April 1978. Later, his family moved to Orlando, Florida. Fonsi is a singer, composer and soap opera actor.

At the age of 10, Luis dreamt of becoming a member of Menudo. It was the most popular boy band from Latin America at that time. Unfortunately, this dream didn’t come true since Luis lived in Orlando when the band was based in Puerto Rico. Still, this didn’t stop him on the way to his dream that was to connect his life with music. He became a member of a number of local boy bands. One of them was Big Guys. While being a member of the band, he got acquainted with Joey Fatone, future member of NSYNC. They became best friends. The same year, Luis was invited by Ray Reyes (former member of Menudo) to perform at the concert that was held at San Juan’s Clemente coliseum.

Before starting a career as a musician, Luis had decided to study vocal techniques at the Florida State University. At the same time, he also started to record demo tapes. While studying, he was offered a contract with one of the largest recording companies. His debut album entitled “Comenzare” (translates as “I Will Begin) was presented to the public in 1999. Almost instantly, it gained popularity all over Latin America. The album “Eterno” released a year later marked his rise to fame in Europe. His next album “Amor Secreto” was more successful than his “Fight the Feeling” album that included songs only in English. Maybe, Luis will try to release one more English album in future.

In 2003, Luis presented to the public the single “Abrazar la Vida” (translates as “Holding on to Life”) from the album with the same title. He also performed the single “Amazing” in a duet with Emma Bunton. The single was included in her “Free Me” album.

The album released 2 years later (“Paso a Paso”) is considered to be one of his most creative works due to the fact that it contains music if different rhythms and arrangements.

One of his most recent works is the single “Despacito” that is the result of his collaboration with Daddy Yankee. It was presented to the public in the beginning of 2017 and was awarded top positions in a number of charts. Soon after the release of the single, Luis announced that his next album will be presented to the public later in the year. He added that the songs included in it will have a more modern pop sound.