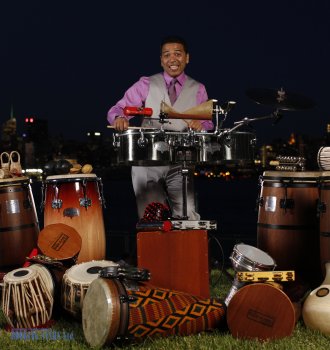 Luisito Quintero was born on 24 August 1967 in Caracas. His father was a talented percussionist and taught his son to love music. Quintero’s father turned the little boy into one of the best percussionists of the 20th century. Quintero was part of a family of musicians. Besides his father, Luisito’s uncle and cousin were music lovers. Quintero received his knowledge of music from his relatives and while studying with Venezuela Symphony Orchestra. Quintero was part of the famous group Grupo Cuaco. Working with it as well as with Oscar D’Leon brought him international recognition. Luisito is especially famous for his timbale technique.

Before joining Grupo Graco, Quintero performed with Manuel Guerra’s orchestra Fa Menor. Luisito was just a teenager when he was invited to play with the band.

In 1987, Quintero recorded his first album Luis Quintero with the label Sonográfica.

In 1992, the musician moved to New York, where he worked with such famous artists as Natalie Cole, David Sanborn, Diana Kroll, George Benson, and others.

In 1993, Luisito started working with a famous singer La India, who was known as “The Salsa Princess”. The fruitful collaboration lasted 7 years. Some say that the relationship between the artists wasn’t solely professional. Their first album Sobre Fuego received a golden certificate and sold over 500,000 copies. For the second LP, Sola, the singer got a Billboard award. At the same time, Luisito worked with such artists as Tito Puente, Celia Cruz, and Johnny Pacheco.

Luisito played a major role in Louie Vega’s project Elements of Life, which combined Afro-Latin rhythms with jazz and bossa nova. He still works with the band and travels with it all over the world. 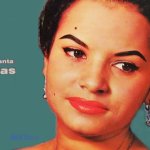 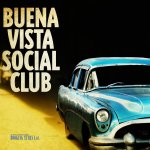 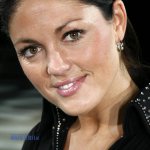