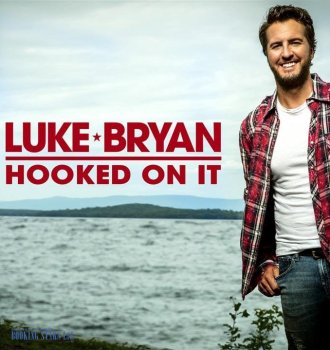 Thomas Luther Bryan was born on 17 July 1976 in Leesburg, Georgia. Bryan played guitar and performed with different bands ever since he was 14 years old.

In 2001, Thomas moved to Nashville and started writing songs for other singers. That’s when he adopted the pseudonym Luke Bryan.

In October 2006, Luke signed a contract with Capitol Nashville and released the EP, Luke Bryan, which featured the song "All My Friends Say". It was Bryan’s debut single, which became very successful. It stayed in Billboard Hot Country Songs for 30 weeks and reached the fifth position. Besides, the single entered Billboard Hot 100, where it climbed to the 59th spot. Eventually, the single was certified platinum in the USA.

In August 2006, Bryan released his 1st studio LP I'll Stay Me, which turned out to be commercially successful. It reached the 24th spot on Billboard 200 and earned a gold certification from RIAA.

The second studio LP Doin' My Thing came out in 2009. Just like his debut work, this album reached the 2nd spot on Billboard Country Albums. The leading USA chart Billboard 200 placed the LP on its 6th position. After some time, the album earned a platinum status in the USA for selling over a million copies.

In 2010, Luke started earning awards. He received two Academy of Country Music Awards as "Top New Artist" and "Top New Solo Vocalist". The music video for the song "Do I", which was part of his second album, brought Luke a CMT Music Award.

In 2011, the artist recorded a new LP, Tailgates & Tanlines. It was very successful in the USA and Canada, earning platinum status in both countries.

In 2012, Bryan set a personal record by receiving nine American Country Awards. It was becoming harder and harder to book Luke Bryan for any private event or party.

In 2013, the artist released his 4th studio album, Crash My Party. The LP topped Billboard 200 ad Canadian Albums Chart. It also entered Australian albums chart. The number of platinum certifications was impressive as well. The album sold more than 2.5 million copies and became the most successful Luke’s LP to date.

In 2014, Bryan earned several Billboard Music Awards. He also received a variety of awards, including American Music Awards as "Favorite Country Male Artist”. The song "This Is How We Roll", which he recorded together with Florida Georgia Line, became "Vocal Event of the Year".

In 2015, Luke released another LP Kill the Lights, all five singles from which topped Billboard Country Airplay. The album itself conquered the charts in the USA, Canada, and Australia. It was also very successful in the UK, Sweden, and New Zealand.

In 2016, Bryan once more collected a cluster of awards, including iHeartRadio Music Awards for "Country Artist of the Year."

In December, the artist recorded his 6th LP What Makes You Country. It debuted on top of Billboard 200, becoming the first number 1 album in the singer’s career. At the time the article was written, the LP sold over 200,000 copies in the USA.