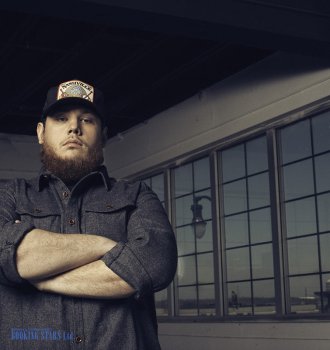 Luke Combs was born on 2 March 1990 in Asheville, North Carolina. Luke started performing on stage when he was still a child. When Combs was in high school, he worked with several bands. He even got a chance to perform at Carnegie Hall. Later, he enrolled at Appalachian State University but kept thinking about a music career. Eventually, he dropped out and moved to Nashville.

At the beginning of 2014, Combs presented his first EP, The Way She Rides, which he recorded independently. Half a year later, he released the second EP, Can I Get an Outlaw. However, neither of them were successful.

The real fame came to the artist in July 2015, when he released his single "Hurricane" on iTunes. It was an overnight breakthrough in Luke’s career. The song made it to the 46th spot of Billboard Hot Country Songs and sold over 15 thousand copies. Combs was finally noticed by recording companies and signed contracts with Columbia Nashville and River House Artists.

In November 2015, he released his first official EP, This One's for You. The album conquered the charts. It reached the 24th position on Billboard Top Country Albums and entered Billboard 200. Even though it reached only the 150th spot, the result was great for the artist. Many organizers and fans tried to book Luke Combs for their events.

At the beginning of 2016, "Hurricane" was rereleased with Columbia Nashville. The song got a second wind. It topped Billboard Country Airplay and stayed there for two weeks. It also reached the 3rd position on Hot Country Songs and made its way to the 31st spot on Billboard Hot 100. The song was also a hit in Canada. Both countries granted it platinum certificates.

In 2017, the music video for the song brought Combs a nomination for CMT Music Awards as "Breakthrough Video of the Year".

In the summer of 2017, Luke released his 1st studio album, the name of which matched his previous EP’s, This One's for You. “Hurricane” was presented as the album’s lead single. The LP climbed to high spots on the charts and sold almost 200,000 copies in the USA. All singles from the LP were successful. The next one, "When It Rains It Pours" topped Billboard Country Airplay and Hot Country Songs. It also sold many copies and earned a platinum status in Canada. By the end of the year, Combs was nominated for Country Music Association Awards as "New Artist of the Year".

At the beginning of 2018, Combs released the third single from the LP "One Number Away". It was recorded together with several artists, including Sammy Mitchell. The single was very successful and reached high spots on the USA and Canadian charts. The same year Luke Combs won iHeartRadio Music Award as "New Country Artist of the Year". Besides, he was nominated for the same award in the "Country Song of the Year" category for his hit "Hurricane". The results of this nomination are yet to be announced.