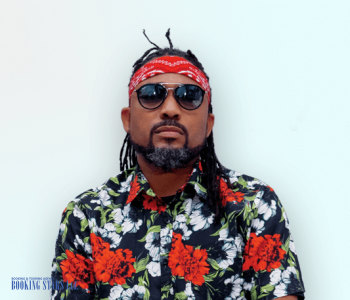 Machel Montano was born on 24 November 1974 in Carenage, Trinidad and Tobago. When he was seven years old, Machel became a huge fan of music and decided to devote his entire life to it. When Montana was nine, he formed his first band called Pranasonic Express. The lineup included Machel’s older brother and several friends.

In 1985, Montano released his first album called Too Young To Soca. He earned numerous positive reviews from people, who got a chance to listen to the songs. In April 1986, when the singer was 11 years old, he performed at a popular music show, Star Search. However, the aspiring artist didn’t win any prizes. Next year, he attended a National Songwriter’s Music Festivals in Trinidad in Tobago. He came in second with the song “Dream Girl”.

In 1989, the singer changed the name of his group from Pranasonic Express to Xtatik. The band was earning popularity and performing locally.

In 2005, Montano earned several prestigious awards for his successful single “Madder Than That”. In 2007, he was given the title of calypso and soca Artist of the Year. At about the same time, the artist participated in the international reggae contest IRAWMA, which took place in New York. Many critics approved of Machel’s work and called him an outstanding personality. Later, he got another award at BET J Virtual Awards, becoming the best artist of the year in the Caribbean. At that time, many fans wanted to book Machel Montana for private events.

In 2008, the artist presented an LP, Heavenly Drum, which featured hits, such as "Fly Away", "Mesmerize", and "Pray". Machel gave several concerts in Trinidad and Tobago to support the album. A year and a half later, he got a priceless opportunity to headline the Jamaica Jazz and Blues Festival.

In 2010, the singer came in third on the Road March contest with his song “No Behavior”. A few months later, Machel managed to become the only singer, who earned two Bob Marley Awards for “Artist of the Year”. After that, the singer decided to get several concerts in the United States. He joined rapper Pitbull on the weeklong tour called Mr. Worldwide Carnival.

The latter album featured 12 songs, among which were such hits as "Bend Over", "So High AOA", "Hard Wuk", and "Advantage". In May 2011, the singer performed at the 30th anniversary of IRAWMA festival in Port of Spain. He earned six awards.

In the fall of 2011, Montano was nominated for an award as the best Caribbean artist at Soul Train Awards 2011 for his song “Bend Over”.

In 2012, at Super Red 20 International Soca Monarch, the artist got a title of Groovy Soca with his song “Mr Fete”. He also gave several local performances. The new single “Pump Yah Flag” made Montano even more popular.

In 2013, Machel was nominated for another prestigious prize at the Soul Train Awards. This time it was for his song “The Fog”, which became a hit. The music video for the single collected over 500,00 views on YouTube.

The same year, the artist recorded an LP, Machelements, which was nominated for a prize at Soul Train Award as the album of the year. Next year, the singer presented a new successful album, Happiest Man Alive. In 2015, he recorded Monk Monte. The next LP, Monk Evolution, came out in 2016.

In 2019, the singer presented his latest album to date, G.O.A.T. The same year, he released a new successful single “The Road”, recorded with Ashanti.

Machel Montano is actively working on promoting the soca genre in the world of music. The artist is dreaming about making soca internationally accepted. In his interviews, the singer always talks about his desire to make the genre popular even though it’s tough.