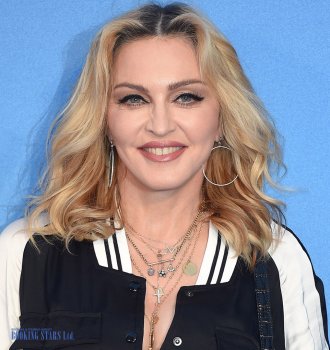 Madonna is a successful artist, whose songs are famous all over the world. It’s almost impossible to find a person, who hasn’t heard one of her huge hits, such as “Like a Virgin” or “Like a Prayer”.

The singer was born in a small town in Michigan on 16 August 1958. Her full name is Madonna Louise Ciccone. Madonna’s mother was born in Canada and devoted her life to raising her six children. The singer’s father had Italian heritage. He was a successful engineer. Madonna’s family was religious so parents sent her to a catholic school. In school, she became a big fan of dancing and started honing her natural skills.

When Madonna’s mother was pregnant with her sixth child, she was diagnosed with breast cancer. The religious ideology didn’t allow the woman to accept treatment while she was carrying a child. A few months after giving birth, Madonna’s mother died. She was just 30 years old.

Two years after her mother’s death, Madonna’s father married another woman. When she was a teenager, Madonna attended regular school, saying goodbye to her catholic studies. After the transfer, she started participating in school plays and musicals. The teenager also became a cheerleader.

Madonna was a good student but didn’t make too many friends. In fact, she didn’t even try to make them. The future celebrity suffered from a bad relationship with her older brothers, who were using drugs. However, she managed to become close with two people in her life. They were her philosophy teacher and a poet W. Cooper, whom she studied in school with. Since childhood, Madonna was extremely against drug use. She has a tough relationship with religion after the death of her mother.

One of the most important moments in Madonna’s life was an unreserved dancing performance at a school party when she was just 14 years old. After the dance, the teenager’s father put her under house arrest while her reputation as an exemplary student disappeared at the speed of light. However, that dance was the young woman’s first step to independence as a world-renowned artist.

When she was 15, Madonna discovered ballet. Together with her teacher, Chris Flinn, she attended concerts and exhibitions. She even visited gay clubs since Flinn was gay. After graduating from high school, the future celebrity enrolled in the University of Michigan and started learning how to dance professionally. Her father was unhappy with the daughter’s choice and wanted her to become a lawyer or a doctor.

Madonna’s teachers were impressed with her determination and stamina. After 1.5 years of studying, the young woman quit school and moved to New York to work with a famous choreographer Pearl Lang at her dance theater. However, the job didn’t pay much money. Lang helped Madonna get a second job at a restaurant. There she found a gig as a nude model.

Chiccone lived in a bad neighborhood. One time, she became a victim of sexual violence. That episode caused Madonna to become depressed and leave Lang’s theater. Later, she tried to get a job as a dancer. At one of the auditions, the young woman was spotted by producers of a famous singer Patrick Hernandez. They noted her dancing and vocal skills. For half a year, the aspiring singer accompanied Hernandez all over Europe. Producers offered her to perform pop disco. However, Madonna chose punk rock and returned to the USA to her boyfriend Dan Gilroy.

Gilroy taught the singer to play different instruments and got her a gig as a drummer in the group called Breakfast Club.

In 1980, Madonna formed her own band, which fell apart soon. But only a couple of months later, the young singer signed a contract with a producer and started recording solo songs.

In 1983, the artist presented her first album. However, the real fame came to the singer with the release of her second LP, Like a Virgin, in 1984. Many fans at that time wanted to book Madonna for private events.

The singer was becoming more and more successful, releasing one album after another. With time, she became a true pop music queen. Madonna also found time to try her acting talent. She appeared in a couple of dozen movies.

The most commercially successful album released by the signer was True Blue, which came out in 1986. It sold 25 million copies worldwide.

In 1998, the singer presented an LP, Ray of Light, which was named the greatest pop hit of the 1990s according to the Rolling Stone magazine.

Madonna was nominated for hundreds of different awards. She earned 7 Grammies and 20 MTV Video Music Award. She is the second artist after Beyoncé to have that many awards.

In 2017, the artist adopted twins from Malawi. Madonna made them the new stars of her Instagram account.

Throughout her career, the artist recorded 14 LPs, each one of which became platinum and conquered numerous charts all over the world. The last album to date, Madame X, came out in June 2019. It sold half a million copies in just one month. Madonna recorded 85 singles, the majority of which became international hits.

How much does it cost to book Madonna:
Price inquiry
Madonna booking agent:
Contact agent
Madonna Contacts:
Send Madonna a message
« previous next »