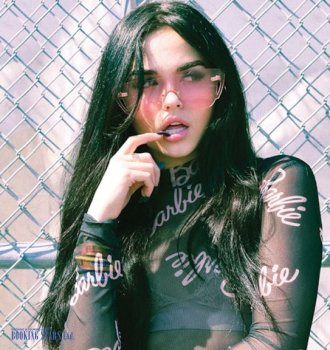 Maggie Lindemann was born on 21 July 1998 in Dallas, Texas. The singer began showing her talent when she was just 4 years old. When in high school, Maggie sang in a choir. Lindemann was focused on becoming a singer since she was a teenager. In one of the interviews, Maggie mentioned that she was inspired by such artists as Lana Del Rey, Banks, and Spooky Black. Even before Lindemann finished high school, she knew she would become a singer.

Maggie’s career began when she was 17 years old. The aspiring singer was uploading her songs and cover versions of the hits to her social media channels. It allowed Gerald Tennison to notice her talent and jump-start her career. Tennison helped Maggie on her way to becoming a star. He advised her to move from Dallas to Los Angeles. Lindemann packed her things in a flash and moved to a new city in pursuit of her dream.

Lindemann’s debut single "Knocking on Your Heart" didn’t make it into the popular charts. However, it helped her become successful on the local levels and get some reviews from fans and critics. A day after the song was uploaded, it made it into top-20 on iTunes alternative chart, which was a great beginning for a 17-year-old singer.

Maggie released her second non-album song “Couple of Kids” in 2015. Just like the previous one, the single didn’t make it into the charts but became a new step on the singer’s career ladder. The real online fame came to the artist when she released her third single “Things”. A day after the official release in January 2016, the song made it into top-25 of iTunes alternative chart and appeared on Spotify Viral 50. Six days later, the song was uploaded to YouTube and brought Lindemann many new fans.

The true international fame came to the singer when she released her hit single “Pretty Girl”. The song was written by Maggie together with Sasha Sloan and Sean Myer. The producer was Jayson DeZuzio. The song became a big hit in Europe, getting into top-10 of numerous charts, including UK Singles Chart and ARIA Charts. Several remixes have already been created by famous DJs. The song earned two platinum certifications in Australia, one in Denmark, and a gold status in the UK. After the single’s release and overwhelming success, many fans tried to book Maggie Lindemann for numerous events. The young singer often accepted those invitations with the goal to find new fans.

In March 2017, Maggie released a music video for “Pretty Girl”. At the moment this article was being written, it collected over 70 million views.

Even though the next songs didn’t manage to become as popular as “Pretty Girl”, Maggie doesn’t give up. In 2017, she released a new non-album single “Obsessed”. It didn’t make it into popular charts but brought Maggie high scores from the fans. The same year, Lindemann became a guest singer for the song “Personal” by The Vamps.

At the moment, Lindemann’s YouTube channel has over 900,000 subscribers. Critics note that it’s a big success for such a young singer. The 20-year-old continues working on new songs and performing live. She is planning to release a studio album in the nearest future.