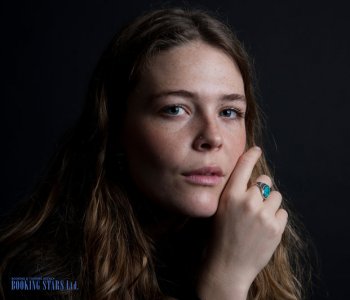 Margaret Debay Rogers was born on 25 April 1994 in Easton, Maryland. The first step to fame was a popular song “Alaska”, which helped her grab the attention of a famous rapper Pharrell Williams.

Margaret’s parents weren’t in the music business. However, they supported the girl’s hobbies. When she was just 7 years old, Maggie started learning to play the harp. She was a big fan of Antonio Vivaldi and Gustav Holst. While in school, Rogers learned to play the guitar and piano. When she was in 8th grade, the young artist started writing songs. Later, Maggie enrolled in a prestigious high school in Delaware where she continued honing her music skills. She played in the orchestra, sang in a choir and became a member of a jazz band. Margaret was a fan of folk music and learned how to play the banjo. The young woman always had numerous hobbies besides music. One of them was coding.

After enrolling in Berklee College of Music and winning an essay contest, Rogers decided to start writing songs. Next year she devoted to songwriting. In 2012, the artist managed to release her first independent album, The Echo. Her demos helped the aspiring singer enroll in New York University’s Tisch School of the Arts.

In the university, Maggie decided to become a music reporter. In her first year, the talented artist got a gig as an intern for a famous music journalist Lizzy Goodman. For her, Maggie edited numerous interviews with famous musicians. Rogers’ work later became a part of Goodman’s book, Meet Me in the Bathroom.

In 2014, the artist recorded a folk album called Blood Ballet. It was self-released like her previous work. After attending a nightclub in Berlin with her friends, the young woman suddenly discovered a passion for dance music. After returning home, she decided to try the new genre and combined folk with electronic music.

For the first time, music fans heard about Rogers in 2016 when she uploaded a video on which a famous American rapper Pharrell Williams was listening to her song “Alaska”. The song wasn’t even finished at the time. Williams heard it during a masterclass at the university. He listened to the songs by many singers, but Maggie’s work impressed him the most.

From that moment on, Rogers started gaining popularity. She devoted all of her time to music, abandoning plans to become a reporter for Elle magazine. The music video with Pharrell Williams became a hit. Many labels were vying for Margaret’s attention. Eventually, the young artist signed a contract with Capitol Records. She got excellent contract terms, which other artists working with the label could only dream about.

In February 2017, the singer presented an EP, Now That the Light Is Fading, which came out with the support of Debay Sounds and Capitol Records. The album climbed to the 4th spot of the Top Heatseekers Chart. The same year, she presented singles "On and Off" and "Split Stones. Maggie also appeared on TV for the first time. She was invited to a popular show, The Tonight Show Starring Jimmy Fallon. Next year, the singer performed on Saturday Night Live. After that, many private event organizers started trying to book Maggie Rogers.

Rogers recorded her first LP at the beginning of 2019. Heard It in a Past Life came in second on Billboard 200 and entered many other charts all over the world. It sold over 37,000 copies in the USA. The album featured 12 songs, among which were such hits as "Give a Little", "On + Off", "Light On", and "Alaska". After some time, the singer filmed a music video for her single “Give a Little” together with the star of Riverdale, Camilla Mendes.

Throughout her career, Maggie Rogers attended numerous music festivals in the USA. She also performed on Glastonbury Festival in the UK, Rock Werchter in Belgium, Osheaga Festival in Canada, and Campingflight Down the Rabbit Hole in the Netherlands. 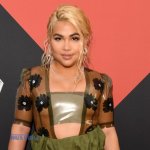