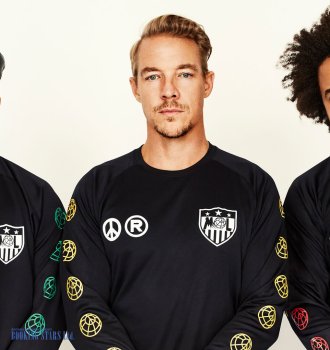 Major Lazer is a music project founded by producers Diplo and Switch in 2008. Musicians met when they were working together with a British singer, M.I.A.

Major Lazer’s debut LP came out in 2009 with the assistance of Downtown Records. Musicians called it Guns Don’t Kill People… Lazers Do. DJs recorded the LP in Tuff Gong studio in Jamaica with several famous vocalists, such as Busy Signal, Santigold, Nina Sky, and Amanda Blank. Producers were Crookers and Afrojack. The lead single of the album was "Hold the Line". Soon, the artists presented a music video for the song. It was nominated for MTV Music Video Award as “breakthrough video” and collected more than a million views on YouTube.

In June 2010, Major Lazer released an EP, Lazers Never Die, which featured two new tracks and three remixes. A year later, Switch decided to leave the project. Diplo continued developing the band with other producers and musicians. The leading members were Jillionaire and Walshy Fire.

In September 2012, Major Lazer announced a release of a second LP, Free the Universe, for March 2013. Artists also talked about the upcoming autumn tour. The same year, Major Lazer worked with other artists. They became co-producers for Rita Ora’s album Ora. Then producers collaborated with No Doubt for the band’s sixth LP, Push and Shove. In October, Major Lazer embarked on a tour, which started in Oakland.

In February 2013, the band signed a contract with Secretly Canadian. With the label, they presented the new LP. Major Lazer also announced a big tour in support of Free the Universe, which began right after the album’s release. The LP topped Billboard’s Dance/Electronic Albums Chart and came in 34th on Billboard 200.

The second single from the new album was "Powerful". The artists recorded it with the assistance of a singer Ellie Goulding and a Jamaica celebrity, Tarrus Riley. The song became a big hit. It appeared on BBC Radio 1 and reached the top-10 of Polish and Australian charts.

In June 2015, the band presented a new LP called Peace Is The Mission. Artists recorded it with Wild Belle, Machel Montano, Ellie Goulding, Pusha T, and Ariana Grande. The album climbed to the 12th spot of Billboard 200 and became commercially successful. Both critics and fans gave the LP excellent reviews. Meanwhile, many organizers tried to book Major Lazer for private events.

In the spring of 2016, the band embarked on a formidable concert tour, which brought the artists even more popularity. They gave concerts in Jamaica, Japan, Cuba, and Indonesia. Each of the performances attracted a huge number of fans. In March 2016, in Havana, the Major Lazer performed in front of a 450,000-person audience.

In 2017, each new song released by the band became a hit. For example, the single "Know No Better" was downloaded more than 200 million times. The song "Run Up", recorded with Nicki Minaj and PartyNextDoor became the group’s most successful track. The second most popular track released by Major Lazer was “Lean On”.

In June 2017, the band presented a new EP, Know No Better. To record the leading track, they invited Quavo, Camila Cabello, and Travis Scott. The second single “Sua Cara” was recorded with Brazilian artists, Pabllo Vittar and Anitta.

In October 2018, Major Lazer presented a compilation album, Major Lazer Essentials, to celebrate the band’s 10th anniversary. It featured the band’s best hits and several new songs, such as "Blow That Smoke" with Tove Lo.

In May 2019, the artists presented a new single, "Can't Take It from Me", recorded with Skip Marley. It became a leading single for the next LP. In June, Jillionaire left the band to pursue a solo career. DJ Ape Drums took his place. The same month, Major Lazer released a new album, Lazerism. Besides "Can't Take It from Me", it featured such hits as "Make It Hot" and "Que Calor". 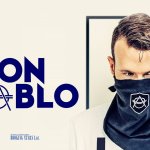