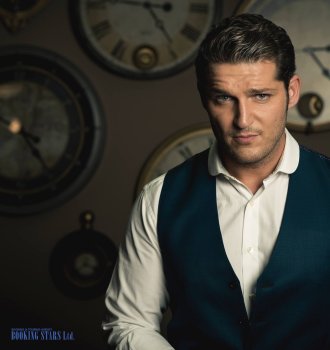 Manuel Ángel Vergara Tenorio, mostly known as Manu Tenorio was born in Seville on 1 April 1975. When he turned 17, Manuel realized that his whole life would be dedicated to music. He played with several bands, such as "La Farándula" and "Brisa".

In 2001, one of Manu’s friends saw an announcement about casting for a famous TV show Operación Triunfo. A reality show had young music talents fight for the prize. The decision to participate in the show changed Manu’s life. Thanks to the popularity he gained while singing at Operación Triunfo, Tenorio’s career took off. The singer came in fifth.

In 2002, Manu recorded his first album after signing a deal with Pep’s Records. He took the pseudonym Manu Tenorio and called his first LP the same way. The disc included a popular single “Maria.” The LP was very successful in Spain. It topped the Spanish charts and earned five platinum certifications. At the same time, Manu worked with several popular artists, including Lolita, with whom he recorded a hit song “Un bolero y una rosa.”

In 2003, in Miami, Manu recorded his second album, Blanco añil. It mostly featured romantic ballads. The LP topped the Spanish Albums Chart and was certified platinum. The artist was becoming more and more popular. It was getting harder and harder to book Manu Tenorio for any private event. Half of the songs from this LP were written with a famous Columbian producer Kiko Santander.

In 2006, in Milano, Manu recorded his third LP, Entenderás. It was less popular than the previous albums and reached the 11th spot on the Spanish Albums Chart. The LP earned a golden certificate.

In 2008, Tenorio recorded his fourth album Tres palabras, after signing a deal with Universal Music and Vale Music.