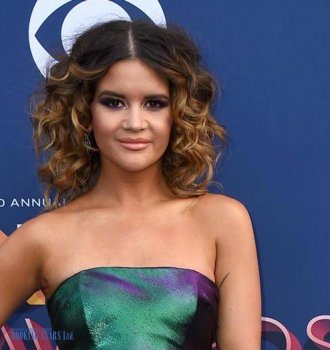 Maren Morris was born in 1990 in Arlington, Texas. He parents owned a hair salon. Maren demonstrated her interest in music rather early. When she was just 10 years old, Morris performed at her parents’ parties and sang karaoke, copying Patsy Cline and Leann Rimes. While in high school, Maren started writing poems and short stories.

When Morris turned 12, her father bought her a guitar. It took Maren two years to learn how to play it perfectly. She began performing at local concert stages. The young woman traveled around Texas, performing in all the bars and clubs that allowed her in. Maren did that on the weekends since she had to keep up with the studies. At that time, her biggest influences were Patty Griffin, Dixie Chicks, and Cheryl Crow. Even though Morris mostly performed country music, she also enjoyed other genres.

In June 2005, Mozzi Blozzi Music released Morris’ first studio album, Walk On. Morris wrote nine out of ten songs on the LP. However, it didn’t make it into the charts. Later, she signed a contract with Smith Music Group and began working on a new album.

In October 2007, the singer released her second LP, All That It Takes. Eight out of thirteen tracks were written either by Morris or in collaboration with other artists. The album didn’t get the attention Maren hoped for, but she didn’t give up. After finishing high school, the young woman was accepted to the local university. While studying, she kept working on her music career.

In 2011, Mozzi Blozzi Music helped the singer release another LP, Live Wire. In 2012, inspired by a friend, Maren moved to Nashville to continue the career. However, she was disappointed. Morris didn’t make pass the auditions to The Voice or American Idol.

The young singer decided to focus on writing lyrics. She signed a contract with Yellow Dog. In 2014, Morris wrote lyrics for Tim McGraw’s “Last Turn Home”. In 2015, she worked on Kelly Clarkson’s “Second Wind”. While collaborating with other artists, the singer continued performing her songs. She performed as an opening act during the concerts of such country singers as Pat Green and Radney Foster in the USA and Europe.

In August 2015, the singer uploaded her EP, Maren Morris, to Spotify. In just one month, the album was listened to over 2.5 million times. Such success attracted the attention of Columbia Nashville label. The singer signed a contract, and the label officially re-released the EP in November. The album topped Top Heatseekers Chart and sold 28,000 copies. At that time, many organizers tried to book Maren Morris for private events.

Morris began working on her new LP. In January 2016, she released one of the promo singles “My Church”. It earned positive reviews from the critics. The single reached the 5th spot of US Hot Country Songs Chart and came in 9th on US Country Airplay Chart. In just the first week after the release, the song appeared on 107 radio stations, which helped Morris set a new record. In 2017, the single brought Maren a Grammy Award for Best Country Solo Performance.

In June 2016, the LP Hero was ready. It earned numerous positive reviews from country music lovers. Many music magazines named it the best album of the year. The critics noted Morris’ ability to mix different styles. When recording the album, the singer invited such artists as Chris DeStefano, Natalie Hemby, and Shane McAnally. The LP topped US Top Country Albums Chart and came in 5th on Billboard 200. It earned a gold status from RIAA.

In 2017, Morris went on a concert tour to support her latest album. In October 2017, in LA, a killer shot 58 people and injured over 500 at Route 91 Harvest country festival. Shocked by the news, Morris released a new single “Dear Hate”, all proceeds from which were sent to the Music City Cares Fund. The single reached the 91st spot on Billboard Hot 100.

In 2018, the singer has arranged numerous concerts and began working on the next album, the name and release date of which haven’t been announced yet.