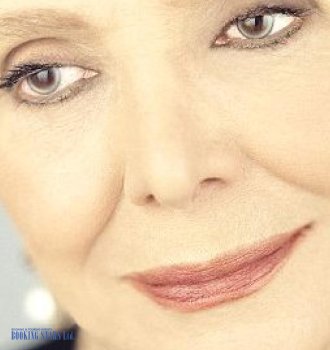 Maria Dolores Fernandez Pradera was born on 29 August 1926 in Madrid. When she was six years old, her family moved to Chili. A few years later, they came back to Spain. The Civil war started when Maria was in middle school. She didn’t get a chance to finish it.

Pradera landed her first role in 1941. She acted in Juan de Orduna’s movie Porque te vi llorar. Later she played in the movie Mi vida en tus manos. That’s when she used her pseudonym for the first time. Pradera became famous as a drama actress after filming two movies Altar Mayor (1943), where she played with Maruchi Fresno and Luis Pena and Inés de Castro (1944) with Antonia Vilar, where she portrayed the queen.

Maria didn’t just play in the movies, she also worked on scripts. However, her acting career was taking up too much of her time. Pradera worked on such pieces as Espronceda (1945), Es peligroso asomarse al exterior (1945), Embrujo(1946), María Antonia la Caramba (1950), and many more.

She became a much demanded theater actress. Pradera was named the leading actress of Esclava theater in Madrid after working in La Celestina.  She performed in this comedy in Paris as well.

In the end of the 1950’s, Pradera decided to try a singing career. Even though she already started recording albums, she still worked on theater productions. She played in several more comedies and left the theater for good in 1969.

Maria performed all over Latin America. She was a very successful singer. Pradera sang traditional Spanish and Latin American songs, including such styles as bolero, ranchera, vals, ronda, and more. She worked with songs written by such celebrities as Chabuca Granda and Jose Alfredo Jimenez. Some of her most famous singles are “Amarraditos", "La flor de la canela", "El rosario", "Fina estampa", "Que te vaya bonito", "Caballo prieto azabache," and "El tiempo que te quede libre." Back then, she was so popular that event planners didn’t even dream of booking Maria Pradera.

In the 1960’s Maria performed with the band Los Troveros Criollos.

In the 1970’s she had to take a three-year break due to serious illnesses that forced her to stay in the hospital.

In 1988, Maria recorded a new LP A mis amigos. It was followed by María Dolores (1989), recorded together with Jose Carreras and Maria del Mar.

In 1994, she recorded Toda Un Vida, which included 18 classical songs and 2 singles she never released before. The song “Toda una vida” was a hit.

In 2003, Pradera recorded Canciones del alma, which brought her a Latin Grammy Award.

In 2006, she released Al cape del tiempo, which quickly became platinum. It was recorded together with the band Los Sabandeños. After the release, Maria went on a long supporting tour in Spain.

In 2014, Maria released her latest album to date Orígenes. Even though Pradera is already 93 years old, she continues working on her music and occasionally performs live.