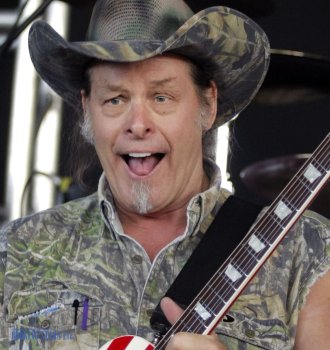 Mark Farner was born on September 29, 1948, in Michigan. He is a singer, guitar player, and songwriter. Farner is mostly famous for such hits as “I’m Your Captain”, “Isn’t It Amazing”, and “The Loco-Motion”. He is also known for his work with Grand Funk Railroad band.

When Farner was young, he was mostly interested in soccer and wanted to become a professional player. However, when he was 15, he started having problems with his knees and broke a finger. As a result, he couldn’t continue his soccer training at Kirsley High School. Mark also had an argument with the coach. Eventually, Farner quit school just a year before graduation and started playing an electric guitar. He decided to cotinine getting an education, taking night classes in his city while pursuing a music career.

In 1964, he worked with an amateur band Genesseians. Then in 1965, he joined The Derelicts and Robin’s Hoods.

His most famous career period was when he worked with Grand Funk in 1969. He performed with the group until their first hiatus in 1976. The same year, Farner decided to pursue a solo career, signed a deal with Atlantic Records, and released his first solo album Mark Farner. The second one No Frills was released in 1978.

In 1988, Farner adopted Christianity and started releasing contemporary Christian music with the Frontline recording studio. He called his new band Mark Farner & The Godrockers. In the period between 1988 and 1992, the band released the LPs and one compilation album. The song “Isn’t It Amazing” reached the 2nd spot on Billboard Religious Chart.

In 1996, he got back to Grand Funk and stayed with the band until 1998. After leaving Grand Funk for good, Farner continued to pursue his solo career. He is currently working on new songs and performs live.