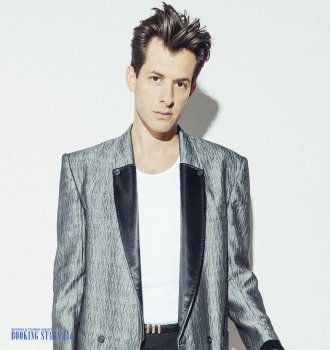 Mark Ronson was born on September 4, 1975, in London. He is a singer, songwriter, record producer and a DJ. Mark is mostly famous for such hits as “Stop Me”, “Valerie”, and “Uptown Funk”. He holds numerous awards, including BRIT awards and Grammies.

Mark Ronson was born into a wealthy Jewish family in London. He has two sisters, who are twins. One of them is a designer and another one is a singer. His father owns several recording studios and his mother is a writer. He is also a nephew of a billionaire Gerald Ronson.

Mark was always interested in music. In the mid-80’s he released several of his own songs, one of which became a soundtrack for a cartoon ThunderCats. Mark wrote the music at home.

Ronson attended a private high school and then enrolled at the NY University. While studying, Mark continued to write songs. Back then, he favored rock, hip-hop, and funk and became popular among students.

In 2006, Ronson released a single “Just” featuring Alex Greenwald. The song got to the 48th spot on the UK Single Chart.

In 2007, Mark released his second album Version. It was much more successful than the predecessor and got to the 2nd spot on the UK Albums Chart, went platinum twice, and sold almost 900,000 copies in the UK.

In 2010, Ronson released the third album Record Collection. Even though it also reached the 2nd spot on the UK Albums Chart and got to the 81st place in Billboard 200, it wasn’t as popular as his third LP and sold just over 100,000 copies in the UK.

In 2015, Ronson released his most successful LP to date Uptown Special. It topped the UK Albums Chart and reached the 5th spot on Billboard 200. A single from that album “Uptown Funk”, which was released a year earlier, became a big hit, topping music charts worldwide.

Ronson continues to write new songs, perform, and work as a producer.