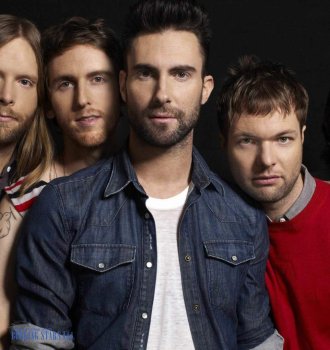 At first, the band was called Kara’s Flowers. They signed a contract with Reprise and together with a legendary producer Rob Cavallo recorded an album The Fourth World. Even though the LP was well received by the critics, it was mostly a failure. In 1999, Reprise terminated the contract.

In 2001, Kara’s Flowers was renamed to Maroon 5. Besides changing the name, the band slightly changed their music style. They started playing adult alternative pop and rock.

In 2002, the band released their first studio album Songs About Jane. The LP was a big hit, eventually selling 10 million copies worldwide, topping the UK Albums Chart, and reaching the 6th spot on Billboard 200. The singles from that album “Harder to Breathe”, “This Love”, and “She Will be Loved” got high spots on the international charts. The song “This Love” managed to top VH1, MTV, and radio top-10 charts simultaneously. The LP brought Maroon 5 numerous awards. The band was invited to perform at the American Film Institute by George Lucas.

In 2007, the band released their second album It Won’t Be Soon Before Long. The single from that album “Makes Me Wonder” topped the iTunes charts of the most sold tracks. In the first week, the LP sold over 100,000 digital copies. The band went on a tour, part of which was streamed on the Internet.

In 2010, the band released Hands All Over, which was also very successful. The single from that album “Moves Like Jagger” featuring Christina Aguilera topped Billboard Hot 100 and many European charts. 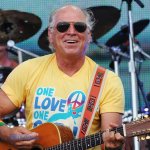