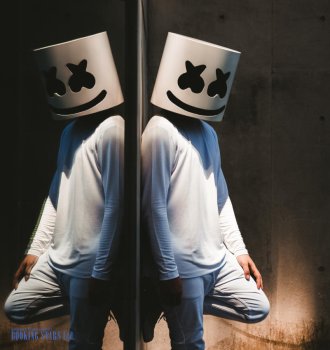 Marshmello appeared on the music scene in 2015, when he uploaded the song "WaVeZ" to his SoundCloud account. He started creating new songs and earning popularity with the help of already famous DJs. For example, DJ Skrillex helped Marshmello with his marketing efforts on social media by reposting his song "FinD Me". Soon the artist started performing at such music festivals as California's HARD Day of the Dead and Miami Music Week.

In October 2015, Marshmello recorded and released "Keep It Mello," which was expected to become the first single from his upcoming LP. The song was recorded with the rapper Omar LinX. It reached the 25th spot on Billboard Dance/Electronic Songs and became Marshmello’s first noticeable success in the music world.

At the beginning of 2016, Marshmello presented a compilation album, Joytime. The LP was released under his own label Joytime Collective and featured 10 songs. As soon as the album appeared on iTunes, it topped the electronic music album rating. The LP reached the 5th spot on US Top Dance/Electronic Albums and entered Heatseekers Albums and Independent Albums charts on the 14th and 41st positions respectively.

At the end of spring 2016, the artist signed a contract with a Canadian Independent label Monstercat Media. Shortly after the signing, he released the single “Alone”. It became part of another collective album Monstercat 027 — Cataclysm, which came out in June. The song was shortly re-released and came out on iTunes and Spotify. The single reached high spots on electronic music charts. It entered Billboard and Canadian Hot 100.

The music video for “Alone” came out on YouTube in June 2016. At the moment this article was being written, it collected over 147 million views. Half a year later, the song received a platinum status from RIAA. It became Monstercat Media's first platinum certification. In September, the artist went on a four-month tour. He became so popular that many organizers tried to book Marshmello for private events.

In October 2016, the artist released a single "Ritual", recorded together with Wrabel. The song made it to the 11th spot of Hot Dance/Electronic Songs.

At the beginning of 2017, Marshmello and DJ Ookay recorded a song “Chasing Colors”. The song reached the 31st spot of Hot Dance/Electronic Songs. In August, Marshmello released his most successful song to date, “Silence”, which featured Khalid. The song was a big hit. It topped Hot Dance/Electronic Songs, Dance Club Songs, and Dance Charts. The variety of platinum certificates it received in many countries is impressive.

In the fall of 2017, Marshmello and Selena Gomez recorded a song “Wolves”, which entered charts of 40 countries worldwide. Eight countries granted the single platinum certifications.

The more famous Marshmello was becoming, the more his fans wanted to see the face he was so diligently hiding under a mask. Throughout 2017, there were many rumors about his exposure but none of them seemed to have any merit. Finally, in November, Forbes declared that Marshmello is Christopher Comstock, also known under the pseudonym Dotcom. 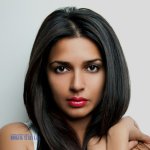