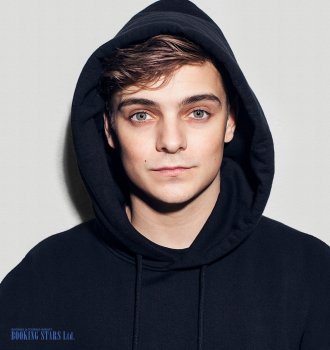 His first steps in the musical field immediately brought good luck. He won a Nightlife Award in the SLAM process! FM DJ Talent of the Year Award (2012). The remix "Your Body", written on Christina Aguilera's inspirational hit Lotus, appeared on the track-list of her disc - Lotus Deluxe version. And then Martin Garrix's track "Just Some Loops" was added to the list of Loop Masters Essential, Volume 2.

The rapid acceleration of the growing popularity of the unknown seventeen-year-old musician Martin Garrix gave the track "Animals". On June 16, 2013, his solo release "Animals" was presented to the public, and in November the youngest DJ in the world music community topped the UK singles chart with him. In the top ten, Martin was followed by big stars: Lily Allen, Ellie Golding, Eminem and Rihanna, Little Mix and others.

This song also became the leader in the Top Ten in Ireland and Belgium, as well as entered the top ten popular according to the results of the vote of music lovers living in territories of almost fifty countries of the world. A large number of producers rushed to copy his sound, among them were the stars of the first magnitude.

By the way, as of October 2014, Animals has already gained over 288 million views on YouTube.

The gifted young man became the second "exception to the rule": before Martin Garrix, only Lorde, a young singer from New Zealand, managed to achieve explosive success. But he was the first of all who managed to debut immediately in first place!

From that moment on, Martin Garrix was immediately included in the list of the highest paid dancefloor luminaries on the planet and became the most demanded at popular music festivals.

At the famous Sensation festival, which took place in Amsterdam, he was recognized as the main artist of the year. In 2014, the single Wizard, which Garrix released together with Jay Hardway, added even more popularity to the artist. Martin also successfully collaborates with Spinnin 'Records.

At the age of four, little Martin developed an interest in the guitar and received a children's instrument at his disposal. At eight years old, he saw Tiesto - he performed at the Olympic Games, which were held in 2004 in Athens. The artist's live performance and his track "Traffic" shook the imagination of the musically gifted boy. He started saving money for DJ equipment. It took Martin three years to buy a very cheap version of the pioneering CDJs.

An eleven-year-old teenager himself mastered the FruityLoops program and began to write dance tracks. Then none of his entourage even suspected that this hobby very soon would make Martin a world famous DJ.

The guy spent his first party on his 14th birthday, having gathered for it not only all his friends, but also his acquaintances. It turned out to be great fun, after which he began to do post-production for others. And soon Records signed him to his label and began to publish his music.

With "Animals" guys from Spinnin 'Records cheated a little - they put the track on Yotube, creating a stir, and only a month later they named the author. The next morning, Martin went to school already famous.

Martin Garrix is ​​considered a leading figure in the younger generation of DJs. And although the people around him are older in age, the young musician does not feel this difference. According to him, age is only numbers, the main thing is attitude and music.

Martin is a very busy person, so he doesn't have a license to a car yet. Often he performs in the evening, for example, somewhere in Ibiza, and in the morning, not having time to rest, he already runs to classes.

On September 20, 2014 Radio Record celebrated its birthday for the nineteenth time. The main surprise for the guests of this celebration was DJ Martin Garrix, who became the headliner of this show, which lasted for eight hours!

Traditionally, Radio Record annually chooses the most popular electronic artist in the world as the main guest of Record Birthday. This year, 2014, he was a newly-minted star - eighteen-year-old Martin Garrix, and in the previous two years, this honor was awarded, respectively, Tiesto and Armin van Buuren.

Garrix flew to Moscow for the first time - before that he was in St. Petersburg. The stars, whose music sounded on the first dance radio station, also congratulated Radio Record on its birthday. The culmination of this grand event was the magical part of the night (Record Show Moment) with lively effects and the simultaneous appearance of all the artists on the stage of the capital's club Stadium Live.

Since the beginning of autumn, radio stations have been broadcasting excerpts from the official video for the track "Virus" by Martin and #Moti! Fans enthusiastically accepted the musical fragments and are eagerly awaiting the appearance of the full version of the novelty.