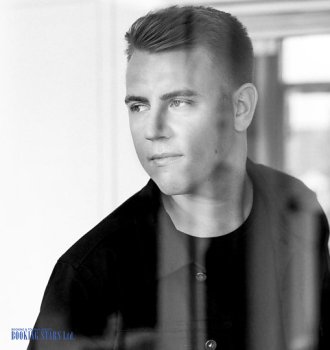 Martin Jensen was born on 29 September 1991 in Silkeborg, Denmark. As a child, Martin showed great interest and love for music. He listened to different DJs and appreciated dance music. He especially enjoyed the tropical house style. Eventually, it became a professional in that genre. As a teenager, Martin was already dreaming about a career in the music industry. However, his family didn’t share the boy’s dreams.

For some time, Martin had to work in a car repair shop. Then his father asked for his help in the car shop, which he founded back in the 1990’s. Sorring Maskinhandel became a profitable business and Martin’s father was hoping that the boy would work with him. However, Jensen’s love for music turned out to be stronger. When he was 23 years old, Jensen junior started devoting all his free time to his songs.

Martin’s career began with a remix of “Si”, which sounded at the FIFA Ballon d'Or in 2014. Single quickly became popular among house music fans in Latin countries. However, it only reached the 55th spot of the Swedish chart Sverigetopplistan and didn’t make it into others.

In 2015, DJ’s second studio song “Night After Night" didn’t make it into the charts either. However, it became popular on the local level and brought the musician many fans. The same year, Martin presented a hit song “Miracales” which climbed to the 26th spot of the Danish chart.

The year 2016 was very successful for the artist. It began with the release of “All I Wanna Do”, which became a hit in Europe. The song climbed to high spots of different European charts, including the 10th position of Denmark’s Hitlisten. After the single’s release, many fans tried to book Martin Jensen for their events. Sometimes, he accepted the offers, trying to find new followers of his music.

In October 2016, DJ Magazine placed Jensen on the 82nd place of the Best 100 DJ rating. For an artist, who recently began his career, it was a substantial achievement.

The true international fame came to Martin with the release of the song "Solo Dance". The single was presented as a non-album song since the artist is yet to create a studio album. The song became very popular in Europe. It even climbed to the 7th spot of the UK Singles Chart and settled on the same spot on Denmark’s Hitlisten. Today, there are three versions of the song, classic, Acoustic Mix, and Club Mix. It’s worth noting that the song earned eight platinum certifications in Germany and only one in Jensen’s native Denmark.

In 2017, the DJ worked with other musicians. Jensen helped The Vamps record “Middle of the Night” for their album Night & Day. It climbed to the 44th position of the chart. Jensen is credited for the music. The same year, Martin worked with Loote to record “Wait”. The songs appeared on French and Swedish charts.

In 2018, the musician recorded two singles, “Pull Up” and “16 Steps” with Olivia Holt. Even though these songs are being played on many European radio stations, they haven’t made it into house music charts just yet.

Martin Jensen is working on his music career as a DJ and a producer. He creates new hits, helps other artists find themselves in the music industry, and performs live.