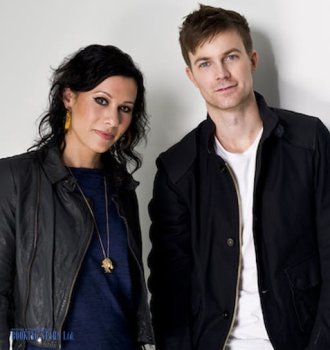 American duo Мatt & Kim appeared in 2004 in Brooklyn, New York. The band’s lineup includes a keyboard player Matt Johnson and a drummer Kim Schifino. Both members of the duo have excellent vocal skills. The musicians have a special approach to their music and performances, doing all the work on their own. Matt and Kim became popular in the music business thanks to their marketing efforts on social media.

Matt Johnson, who was born in Whitingham, Vermont, met Kim Schifino, who was born in Providence, RI while studying at Pratt Institute in Brooklyn. They started dating and moved in together. Johnson started learning how to play the keyboards. Schifino honed her drumming skills. Before starting to work together, neither of them had any experience playing musical instruments. However, the couple was determined to succeed, and so it did.

Soon the duo’s friends, who were part of the local student group Japanther invited them to perform together. Matt and Kim gave their early concerts in small bars and clubs in Brooklyn. Soon, they started traveling all over the USA. In 2005, the duo released its first EP, To and From.

In the fall of 2006, the musicians recorded their debut LP, Matt & Kim, with the support of IHEARTCOMIX label. Critics gave it positive reviews. Even though the album didn’t make it into the popular charts, it helped the duo become successful. They recorded a popular video for the single “Yea Yeah”. In 2007, the band performed at Lollapalooza and Siren festivals.

In 2008, the artists finished working on the next LP, Grand, which was released at the beginning of 2009 with Fader Label. To record the album Matt and Kim invited other artists. Later, they released a music video for one of the singles, "Lessons Learned". In the video, Matt and Kim were taking a stroll around Times Square naked. The music video brought the duo an MTV Video Music Award for Breakthrough Video. The album itself climbed to the 4th spot of Top Heatseekers chart. Many organizers tried to book Matt and Kim for private events at the time.

In 2010, the duo released its third LP, Sidewalks, supported by Fader Label. Matt Johnson worked as a music producer for the LP. Unlike the previous two albums, Sidewalks, featured hip-hop genre but was light and upbeat. The LP climbed to the 30th spot of Billboard 200.

In 2011, Matt and Kim performed with Blink-182 and My Chemical Romance at Honda Civic Tour.

In 2012, the artist released a single “Let’s Go”, which climbed to the 20th spot of Billboard’s Alternative Songs chart. The song was part of the next LP, Lightning, which came out in the fall. A little earlier, the duo uploaded a music video to their YouTube channel in which a streetballer Pat The Roc dribbles while Let’s Go" plays in the background.

At the beginning of 2013, Matt and Kim embarked on a tour of the USA with Passion Pit. That year, they appeared at numerous festivals, including Lollapalooza, Free Press Summer Fest, Bonnaroo Music Festival, Firefly Music Festival, and Hangout Music Festival.

In the spring of 2015, the artists released their 5th LP, New Glow, with the assistance of Harvest label in the USA. The international release was supported by Virgin EMI Records. The lead single from the album “Get It” and the music video for it appeared at the beginning of 2015. In February, the band released three successful songs, "Hey Now", "Hoodie On", and "Can You Blame Me".

After New Glow‘s release, the group went to tour the USA and then traveled to London. In the summer, they performed at Canadian and American festivals. Then artists came back to the UK to support Fall Out Boy on its tour.

While participating in Coachella in 2016, Matt and Kim recorded a four-song EP, We Were The Weirdos. In 2017, the duo was on hiatus due to Kim’s injury.

In 2018, the artists released their latest album to date, Almost Everyday. It climbed to the 70th spot of Billboard 200. 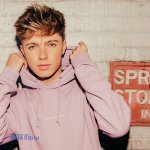