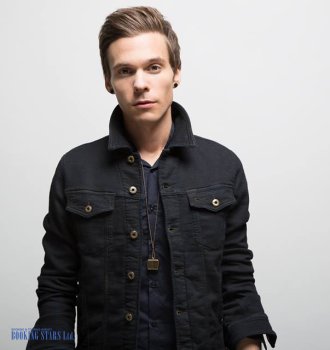 Matthew Koma was born in Brooklyn on the 2nd June, 1987. He grew up in New York, Long Island. Matthew is a popular singer and songwriter. The amazing fact is that he started writing music at the age of 9. The singer states that the music of Elvis Costello and Bruce Springsteen served as a great source of inspiration for him and motivated him to pursue a career as a punk rock singer. Later on, he started to produce music based on the mixture of different genres from pop to hip-hop.

In the beginning of his career, Matthew worked in collaboration with Hardwell, Zedd, Tiësto as well as a number of other well-known figures in the industry of music. The talent of this young musician was soon noticed by Jimmy Iovine who helped Koma to sign a contract with Interscope Records. This label helped Matthew to present his debut EP to public in 2012. It consisted of 4 tracks. Koma worked together with Alex da Kid, Sam Watters, Ari Levine, Twice as Nice and Louis Biancaniello to produce, promote and co-produce them. Soon after the release of the EP, the musician was invited to take part in the worldwide tour of LMFAO and Far East Movement “Sorry For Party Rocking”. The song he wrote and produced for Ryan Teddy “Calling (Lose My Mind)” earned him comparisons with some worldwide known musicians and producers.

The single of DJ Zedd and Koma “Spectrum” has had a great success. That’s why he gave concerts in Europe during the tour of Ellie Goulding and Charli XCX in spring 2013. The same year, his own single “One Night” was released. It was almost instantly included in the list of the best upbeat party tunes.

In the year of 2014, Koma in collaboration with DJ Hardwell presented to the public their single “Dare You”. Not long after its release, it was included in the debut album of RAC. The single was mixed with RAC’s song “Cheap Sunglasses”. His contribution to the songs “Serotonin” (by Audien) and “Cannonball (Earthquake)” (by Showtek) resulted in them being unbelievably successful. Both of the singles became №1 singles in the UK Dance Chart.

In the beginning of the next year, Matthew was invited to take part in the production of music for video series by Kia Motors’. The series are available online. As a result, Koma made a cover on the song by The Miracles’ entitled “The Tracks of My Tears”.

He also worked together with The Knocks. At first, the song was presented as a single. Later on, it was included in The Knocks’ album “55”.