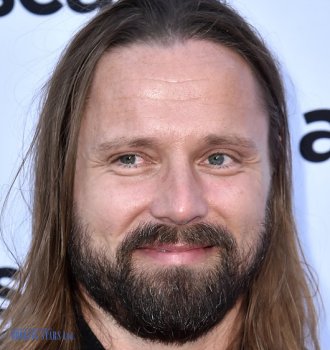 Max Martin’s real name is Martin Sandberg. He was born on 26 February 1971 in Stockholm. The future star enjoyed music since childhood. In school, he participated in a music program, which was also attended by such celebrities as Andreas Carlsson, Rami Yacoub, and Anders Bagge. Martin was inspired by the work of Kiss, ABBA, Prince, and Ace of Base.

Martin embarked on his musical journey in 1985 as a vocalist of the Swedish band It’s Alive. Eventually, he quit school to work in the music industry. Back then, Martin worked under the pseudonym, Martin White. In 1988, the band performed at the rock festival in Cyprus. In 1991, they recorded a debut LP, which eventually sold a thousand copies. The group received valuable assistance from the Megarock Records label.

After some time, It’s Alive started working with Cheiron Records. They released their second LP, Earthquake Visions, and went on a European tour with Kingdom Come. The second album sold 30,000 copies, but both the band and the label expected more. The label’s manager Denniz PoP noticed Martin’s talent and became his mentor.

In 1993, the musician started collaborating with Cheiron Studios. He was working on other artist’s songs. Together with Denniz PoP, Martin worked on “Wish You Were Here” for Rednex, Ace of Base’s second LP, The Bridge, and Backstreet Boys’ album Backstreet Boys. In 1995, Martin made a decision to leave the band and devote his time to songwriting and producing. He changed his pseudonym to Max Martin.

In 1996, Denniz PoP & Max Martin team was nominated for Best Producers at Swedish Dance Music Awards. In 1997, they got a Special Jury Prize at Grammy Awards.

Starting in 1999, Martin has been creating new songs on a regular basis. Some of them were recorded together with different artists. The majority of the songs he wrote ended up on the top of the charts. For example, between 1999 and 2016, he came up with Britney Spears’ “Baby One More Time”, Katy Perry’s “I Kissed a Girl”, and "My Life Would Suck Without You” for Kelly Clarkson. He collaborated with Taylor Swift and Kendrick Lamar to record “Bad Blood” and came up with “Can’t Stop The Feeling!” for Justin Timberlake. All of the above songs and many more topped Billboard Hot 100.

Martin also created the following hits, "Quit Playing Games (With My Heart)", "I Want It That Way", "Since U Been Gone", "Everybody (Backstreet's Back)", "Behind These Hazel Eyes", "Hot n Cold", "Whataya Want from Me", "Domino", "Dynamite", and "Beauty and a Beat". All of them appeared on the top-10 of Billboard Hot 100.

Even though Max Martin doesn’t perform live very often, his name is well-known in the music industry. He continues creating hits on a regular basis. 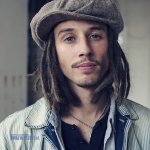