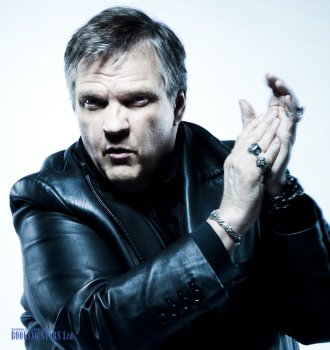 Meat Loaf (real name Marvin Lee Aday) was born on September 27, 1947, in Texas. He is a singer, songwriter, producer, and actor. Meat Loaf is mostly famous for such hits as “You Took The Words Right Out of My Mouth”, “Two Out of Three Ain’t Bad”, “Rock and Roll Dreams Come Through”, and “I’d Lie for You (And That’s The Truth”. He holds numerous awards, including a Grammy and BRIT award.

In 1967, Meat Loaf moved to Los Angeles where he formed his first band Meat Loaf Soul. The band performed as an opening act to Stooges, Amboy Dukes, and Who. It released one single. At the same time, Loaf snagged a role in the musical Hairs and started an acting career. While working on the musical, Loaf and his Hairs partner Stoney recorded an album Stoney & Meat Loaf. The duet performed as an opening act for Alice Cooper and Rare Earth. Their single “What You See is What You Get” got into Billboard charts. However, they soon went their separate ways and Loaf returned to acting.

While pursuing his acting career, Meat took part in recording Ted Nugent’s album Free-For-All and appeared in a famous movie The Rocky Horror Picture Show. He was also invited to perform on a show Neverland (a rock version of the Peter Pan’s adventures).

In 1977, Loaf released his first successful album, Bat Out of Hell. It reached the 14th spot on Billboard 200 and 9th spot on UK Albums Chart. The LP eventually received a variety of platinum and diamond statuses. It sold over 40 million copies worldwide. This was the most sold album in Loaf’s career.

It took Meat four years to record his third album Dead Ringer. It topped the UK Albums Chart and received a platinum certification. However, it reached only the 45th spot on Billboard 200.

The next music career breakthrough happened in 1993 with the album Bat Out of Hell II: Back Into Hell. The LP topped Billboard 200, ARIA, UK Albums, and many other charts. It sold over 15 million copies worldwide.

Two years later Meat released one more moderately successful album Welcome to the Neighborhood and had to take a long break due to health problems. Finally, in 2003, he released Couldn’t Have Said it Better, which was a success but much less popular than his previous work. Meat Loaf released 4 more albums and he continues to work on new songs.