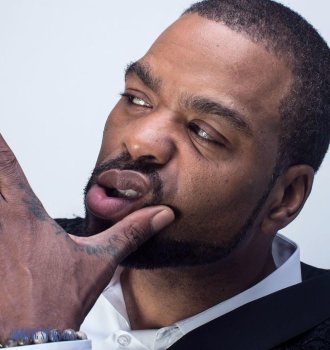 Method Man is a famous American rapper, actor and producer. He is a member of the legendary hip-hop collective Wu-Tang Clan.

The famous rapper and actor Method Man starred in more than one film, but he gained his first popularity as a musician. Probably, the talent and ambitions of the artist do not allow him to stop at one thing, he feels harmoniously on stage, on the set and behind the scenes, since he is also a producer.

Clifford Smith, this is the real name of the musician, was born in March 1971 in Hempstead, Long Island. However, shortly after his birth, his parents divorced, he and his sisters and mother moved to Staten Island in New York, and his father remained in Long Island. The son, despite this, still often visited the parent.

Smith's childhood was difficult, his mother barely had enough money to feed her three children. Also, Clifford did not work out with his studies, he often skipped lessons and did not do his homework. And due to a lack of money, he even tried to work, but the young man was paid little, and the requirements were tough. He soon realized that living on the street and dealing in soft drugs would bring him much more than working as an elevator operator or a janitor in a hotel.

A man does not really like to remember that life today, because there is too much negativity left in his memory from childhood.

Music in the rapper's biography appeared in the early 1990s, it was then that he became part of the Wu-Tang Clan group, which quickly became popular. At the same time, Method Man managed to stand out the most among the other members of the group, it was he who performed songs solo, including for the debut album "Enter the Wu-Tang: 36 Chambers". Later he released his own disc in 1994 called "Tical".

Clifford's attempt to declare himself was a success, the disc gained immense popularity and immediately took the leading positions in the American chart, it was sold in a million copies. The album included a hit titled "All I Need", which was later remixed with the participation of Mary J. Blige, for which the couple subsequently received a Grammy.

At the same time, the guy makes a close friendship with the New York rapper The Notorious B.I.G and later participates in the recording of the artist's debut album. He also collaborates with 2Pac (Tupac Shakur) and is involved in the recording of his song "Got My Mind Make Up".

Having declared himself to the general public, Method Man begins to actively work with other musicians, including a performer under the pseudonym Redman, with whom he recorded the song "How High", and later the guys shot a video for it. He also created tracks with Snoop Dogg, shot a video with him for the song "Eastside", and with Basta Rhimes in 2010 recorded the track "What's Happenin".

Also, hip-hop artists have teamed up with Ghostface Killah, and already in 2010 recorded a joint album called "Wu-Massarce" with him.

Today Method Man is a famous musician, which allows the man to regularly organize concerts in America and other countries, to perform on the best stages. The rapper's fans are sure that soon new records will appear in his discography, which will be equally successful.