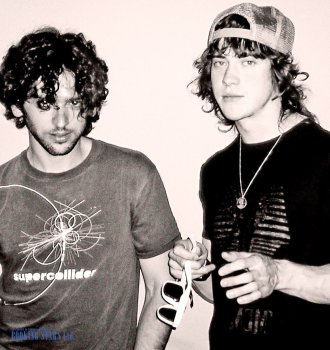 The rock band MGMT was formed in Connecticut, in 2002. The current lineup includes Andrew VanWyngarden and Benjamin Goldwasser. The band holds several awards, including one Grammy and 4 NME awards. MGMT is mostly famous for such hits as “Time To Pretend”, “Electric Field”, and “Kids”.

Andrew VanWyngarden and Benjamin Goldwasser formed the group when they were freshmen at the Wesleyan University. Goldwasser said that they weren’t even trying to form a band. They were just hanging out together and playing the music they liked. They experimented with noise rock and electronic music until finally chose psychedelic rock. They finished college in 2005 and went on a big tour to support their first EP Time to Pretend. MGMT performed as an opening act for indie rock group Of Montreal.

In 2006, the band signed a contract with Columbia Records. A year later, they released the first album Oracular Spectacular. The band reached the 38th spot on Billboard 200, 6th spot on ARIA chart, and 8th spot on UK Albums Chart. It was certified platinum several times. The songs “Time To Pretend”, “Electric Field”, and “Kids” became big hits and made MGMT international celebrities. These songs were chosen as soundtracks to several movies and video games.

In 2010, the band released their second album Congratulations. Even though it didn’t contain such huge hits as their previous LP, the album managed to get to the second spot on Billboard 200 and 4th spot on UK Albums Chart. After the release of the LP, the band went on a support Congratulations tour. They attended various TV shows, including Saturday’s Night Live and Late Late Show with Craig Ferguson'.

In 2013, MGMT released their last studio album to date MGMT. It was less successful than the previous two but still reached the 14th spot on Billboard 200 and 31st spot on ARIA chart. Besides LPs, EPs, and 11 singles, the band recorded 14 successful music videos. MGMT continues to record new hits and performs live.