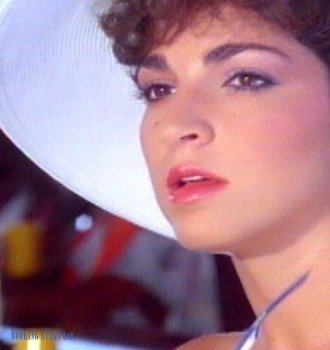 The band Miami Sound Machine was created in Florida, USA in 1973. Initially, it was a trio, which was called Miami Latin Boys. The trio consisted of Emilio, Juan Avila, and Enrique Garcia. All of them were born in Cuba, then moved to the USA with their families, and grew up in Miami.

In 1974, the band performed at a friend’s wedding. They were joined on stage by the singer Gloria Farjado (born 1 September 1957 in Havana). Initially, Gloria didn’t want to perform with the band. Later she agreed to become an occasional member since she was busy getting an education.

In 1975, the band changed its name to Miami Sound Machine. They recorded their first single ‘Renecer’. Two years later, the band recorded the album Live Again/Renacer with Audiofon Records. All songs were performed in Spanish.

In 1978, Emilio and Gloria tied the knot. The band recorded their next album Miami Sound Machine.

In 1979, the band signed a deal with CBS Records International and released another album Imported. Again, all the songs were recorded in Spanish. For the next six years, the group recorded Spanish-language albums, which were created for Latin fans in the USA. The LPs were popular among the Spanish-speaking population of the USA, Central and South America, as well as Europe. The band now had nine members.

In 1984, the band released their first single in English ‘Dr. Beat’. The song reached the 17th spot on Billboard US Dance Clubs Songs and the 6th spot on the UK Albums Chart. The band was invited to the UK to patriciate in the show Top Of The Pops. The group was becoming more and more popular. It was tough to book Miami Sound Machine due to frequent concerts. The same year, the band went on a tour in Japan and Miami named one of the streets after them. A little later MSM released an album, which made it into the USA charts and received a golden certification. The single from the LP Eyes of Innocence called‘Conga’ reached the 10th spot on Billboard Hot 100. Two more singles ‘Bad Boy’ and ‘Words Get In The Way’ made it to the top-10.

In 1985, the band released Primitive Love, which reached the 23rd spot on Billboard 200 and topped Billboard Top Latin Albums.

In 1987, the band officially started calling themselves Gloria Estefan And Miami Sound Machine and recorded an LP Let It Loose, which was certified platinum once in Canada and four times in the USA. The album reached the 6th spot on Billboard 200.

In 2002, the band came back to the music world with a completely different lineup. The producer was Emilio Estefan. Even though they didn’t manage to become as popular as Gloria Estefan And Miami Sound Machine, they released a fairly successful album.