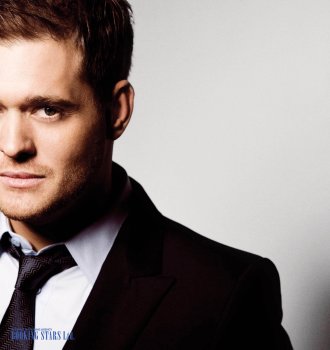 Michael Buble was born on September 9, 1975, in Canada. He is a singer, songwriter, and record producer. Buble is mostly famous for such hits as “Spider-Man Theme”, “Everything”, and “Haven’t Met You Yet”. He holds numerous awards including Grammies and Juno Awards.

Michael Buble was born into a poor Canadian family. His father was an Italian fisherman and his grandfather was a plumber, who loved jazz. Michael’s grandfather taught him everything he knew about music and allowed the kid to listen to his jazz records.

Before becoming famous, Mike spent more than 7 years performing at various bars and nightclubs. One day he was noticed by a record producer at a business party where Buble was performing. Michael gave the producer his albums BaBalu and Dreams, which he recorded independently.

In 2000, Michael was invited to sing at a wedding of Bryan Mulroney, a Canadian politician. Mulroney introduced Buble to a legendary producer David Foster. Buble and Foster signed a contract and Michael’s career took off.

In 2003, Michael finally released his first studio album Michael Buble. It was very popular, topping the ARIA charts and reaching the 7th spot on the Canadian Albums Chart. The LP received 14 platinum certifications. The album got into various charts and brought Michael his first Juno award.

In 2005, Buble released his second album It’s Time. The LP topped the Canadian Albums Chart and got to the 7th spot on Billboard 200. The album sold over 3.5 million copies in the USA only.

In 2007, Buble released his third album Call Me Irresponsible, which topped many charts worldwide, including Canadian Albums Chart and Billboard 200.

In 2009, Michael released another album Crazy Love, which was even more popular than the predecessors. It topped various European and American chart and sold almost 3 million copies in the UK.

In 2011, Buble released his most successful album to date Christmas. It sold over 10 million copies worldwide and topped almost all of the popular charts. The album received almost 20 platinum certifications.

In 2013, Michael recorded his next album To Be Loved, which was just slightly less successful than his previous work.

In 2016, Buble recorded his last album to date Nobody But Me. It was a big success and sold 250,000 copies in the USA so far. Buble continues to work on his music and performs live.