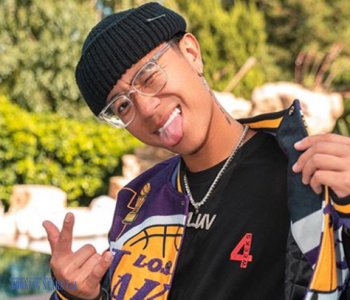 Michael Le, known as JustMaiko on social media, is an American dancer, choreographer and social media personality. The Florida native first started posting videos in 2016 when TikTok was called Musical.ly.

Michael is best known for his dancing videos and dancing tutorials on TikTok, where he posts multiple times a day. In addition, he is an avid blogger and photographer and documents his life as well.
Career
Michael Le was born on March 19, 2000 in West Palm Beach, Florida. His mother, Tina, is a nail technician that appears in his videos from time to time. Michael has several younger siblings, including a sister named Tiffany and two brothers named Jonathan and Daniel. His siblings often appear in his videos and have aspirations of being dancers as well.

From a young age, Michael aspired to be a dancer. He first started dancing at 12 years old and shortly after started making dance videos. Michael first rose to fame in 2016 when he started posting videos on Musical.ly, which later became known as TikTok. On TikTok, he posts dancing videos, lip sync videos and dancing tutorials.

Michael’s most frequent collaborators are his brothers and sister, who often appear in his videos. In addition, Michael has collaborated with several other dancers and personalities, including Jason Derulo, Crissa Jackson, Mikeila J. and Javier Romero.

The dancer remains one of TikTok’s most-followed male personalities. He’s made one of the platform’s most-watched video, a video of him dancing to Shakira’s “Hips Don’t Lie” on an escalator.

Michael first started his YouTube channel in 2014 under his own name, Michael Le. At first, he posted dance videos less than a minute long. Several years in, he started posting dancing tutorials and challenges, like the ‘Tutting challenge,’ which grew his audience significantly. That YouTube account was shut down several years ago for violating the website’s terms and conditions.

Michael started his current YouTube channel, JustMaiko, in 2019 and started uploading new videos, including assumptions his fans may have made about him as well as prank videos and dance challenge videos.

On Instagram, Michael shares photos of his family and friends, clips of his dancing and photos from his travels. In addition, he does several paid partnerships through Instagram. He started the account in 2014.

In 2020, Michael and his friends formed the collective Shluv House. The five men live together in Los Angeles and create content for social media platforms like TikTok.

For a period of time, Michael was in a relationship with fellow dancer and TikTok star Analisseworld. The star has more than 4.7 million followers on TikTok and nearly 500,000 followers on Instagram.

Michael is a brand ambassador for Bang drinks. He also sells his merchandise through Shluv clothing.

In his free time, Michael is an avid photographer and blogger and likes to document his life as a dancer.