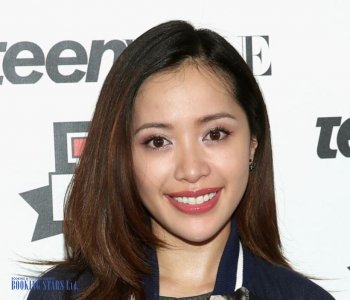 Vietnamese-American beauty pioneer Michelle Phan is one of YouTube’s biggest success stories. Phan, who began her channel in 2006, was one of the first vloggers to gain a mass audience, and has been dubbed the “first YouTuber” and the “Beyoncé of the beauty-vlogging world.” Her company, Ipsy, which mails beauty products to subscribers, has been valued at $500 million by Forbes, and she is a partner in the lifestyle network Icon. Phan recently relaunched her cosmetics brand, Em, which bombed the first time around; the trolling she received over its initial failure led to her quitting YouTube and social media for most of 2016. Since then, she has chosen to operate largely behind the scenes — though she remains a powerful and influential businesswoman.

Phan was born in Boston, Massachusetts, on April 11, 1987. Her parents were both Vietnamese refugees. Her father was an inveterate gambler, who constantly squandered their rent money, so the family was frequently on the move and sometimes had to rely on food stamps. “Every few months we’d get evicted,” Phan told Glamour magazine. “My brother and I never had the same beds for long.” One year, the family moved 10 times. They eventually settled in Tampa, Florida.

Her father left when she was six years old. Months later, her mother met another man, who became Phan’s stepfather; Phan has said that he was “incredibly controlling.” Only English was allowed to be spoken in the house, and friends were not allowed over, according to an interview she gave to Nylon magazine: “He didn’t want us to clean the house because he believed in organized chaos. It was disgustingly dirty,” she said. To escape her troubled home life, Phan would stay late at school — but there she faced bullying. She withdrew into art and creativity, which she has described as her “happy place in my head.”

Phan’s mom was a nail technician who eventually started her own business, and Phan spent a lot of time as a child “growing up in a nail salon,” she told Refinery29.com, “surrounded by magazines, makeup and colors.” Phan grew up in an era before beauty videos proliferated online. She learned makeup tips from books by Laura Mercier and Bobbi Brown, among others; she could not afford the books herself so would spend time browsing in Barnes & Noble. Her mom tried to steer her away from a career as a makeup-artist in favor of medicine. But even though Phan had spent “my whole life prepping to be a doctor,” she eventually enrolled in art school instead.

Makeup Tutorials on YouTube
When Phan began blogging about beauty on the Xanga platform in 2005, she created an alternative backstory in which she “depicted myself as the girl I wanted to be, with money and a great family. But it was all a veneer,” she told Glamour magazine. Nevertheless, she accumulated 10,000 regular readers. She launched her YouTube channel in 2006, during her first semester at Ringling College of Art and Design in Sarasota, Florida — using a laptop she had been given for her studies. She dropped out of college in her second semester because she couldn’t continue to pay the tuition fees — relatives had paid for her first semester. To make ends meet, she worked as a waitress. (Years later in 2014, Ringling awarded her an honorary doctorate).

Phan’s first video was a “natural makeup” tutorial that received 40,000 views in a single week, a huge number for a virtual unknown. Her strategy was to grow her YouTube popularity to improve her chances of getting a job. “Never in a million years did I think it would be like this, she said in the wake of her massive subsequent success. After a year, Phan’s debut video had received more than 1 million views. She was accepted onto YouTube’s partner program, which enables broadcasters to monetize their content by hosting advertising on their page.

By the fall of 2008, Phan’s channel was averaging 600,000 views a month. As a trickle of YouTube royalties quickly turned into a flood, Phan dedicated her life to her channel — filming, editing and uploading two videos a week, before moving to Los Angeles to focus on her work. She enjoyed enormous success with celebrity-themed videos: her Barbie tutorial has had 66 million views, her Lady Gaga “Bad Romance” tutorial has had 55 million. “My whole life was just working,” she told Refinery29.com. “I didn’t go out, I didn’t have a social life. I knew that if I wanted this, I would have to sacrifice something.”

Ipsy Launch and Partnering With Lancôme and L'Oréal
Her partnership with Lancôme began in 2010, with Phan creating monthly video tutorials using the beauty brand’s products. (Ironically, she had applied for a job at the Lancôme counter in a department store a few years earlier — and had been rejected due to a lack of sales experience.)

That same year, Phan also began working on Ipsy, her make-up startup. Ipsy sends “glam bags” to subscribers who pay $10 a month to receive new products; unsold items are donated to charities. By 2015, the company was valued at $500 million by Forbes, and received a $100 million investment; this helped fund a range of new projects, such as Ipsy Open Studios, a 10,000 square foot space in Santa Monica, where beauty vloggers can shoot content professionally. Phan also partnered with Endemol Shine Group to launch a multi-platform lifestyle network, Icon, devoted to beauty, lifestyle and entertainment.

A couple of years earlier, in 2013, Phan had been approached by L'Oréal to launch Em (a Vietnamese word for “little sister” or “sweetheart”), a sprawling new cosmetics line that grew to encompass more than 200 products. Phan had control of the concepts and colors, but the price point was set too high for her young audience — some items reportedly cost $50. “I was trolled so hard online,” she told Teen Vogue. “I had Reddit forums dedicated to hating on it.” The brand failed, but in 2015 Phan announced she was buying out L'Oréal’s share, for an undisclosed amount.

The online trolling Phan received over Em’s failure took a toll on her mental health, and she began to post less on social media — before quitting altogether in 2016. She did not post any photos on Instagram or even any videos to YouTube for most of the year. "It is really scary, because you can become irrelevant. If you don't upload a video or stay updated, within a month you're irrelevant," she wrote in Teen Vogue. But her need for a break outweighed her fears. “I packed a suitcase — my whole life — in one piece of luggage, and I just left. I didn’t even tell anyone. My business partners, board members, everyone was freaking out …” She used her time to travel the world, visiting Europe and Africa, and soon “all my worries and struggles all of a sudden felt like nothing.”

Later Career and Leaving Ipsy
Phan is a talented musician who can play trumpet and piano, and her art skills extend beyond makeup. In March 2016 she launched an online digital comic book, Helios: Femina, which ran for 26 weekly episodes. The plot revolved around a young girl, Rhea, who uses sound and music to save humanity.

Her cosmetics brand, Em, was relaunched in April 2017. This time, Phan offered a much smaller, and more affordable, range, of just 10 products, in two categories: liquid eyeliners and creamy liquid lipsticks. She worked with five influencers — Jessica Stanley, Roxette Arisa, Jade Simmone, Mariah Leonard, and her own sister-in-law, Promise Phan — to act as brand ambassadors, relieving her of the job of going in front of the cameras herself, so she can concentrate on the business behind the scenes. It seems that her time out has restored balance and perspective to Phan’s rocket-paced life.

“Who I was on camera and who I was in real life began to feel like strangers,” she said – without irony – in a YouTube video on her channel. “I spent my whole life chasing after success, only to find myself running away from the very thing that mattered: myself.”

In September 2017 Phan announced she was leaving Ipsy to focus solely on Em, which is now under the vlogger's new company Divinium Labs, LLC. “Leading EM Cosmetics will allow me to realize my vision of building a global beauty brand with innovative R&D and increased vertical integration,” Phan wrote in a statement.

Phan had co-founded Ipsy with CEO Marcelo Camberos and president Jennifer Goldfarb in 2011. The company will continue running without her and expanding its platform.

Phan began a two-year long distance relationship with model Dominique Capraro before meeting him in person. Capraro eventually appeared in one of Phan's YouTube videos in 2013, applying makeup on her in a video entitled "My Boyfriend Does My Makeup."

But due to Phan's fierce privacy about her personal life, it's unknown whether the couple is still together. Some of her last comments about Capraro was during an interview in January 2016.

“He’s not in my videos anymore, I decided to keep our relationship offline," she said. "As I got older, I realized that some aspects of my life I really wanted to keep private. But just because something isn’t on Instagram doesn’t mean it’s nonexistent.”