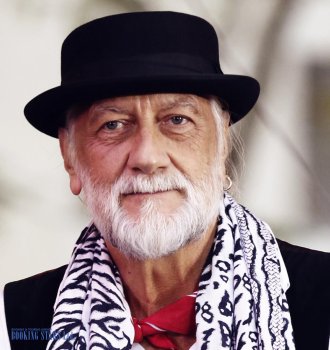 Mick Fleetwood was born on June 24, 1947, in the United Kingdom. He is a singer, songwriter, actor, musician, and the founder of the band Fleetwood Mac. Mick is mostly known for such hits as “Looking for Somebody”, “Black Magic Woman”, and “Love That Burns”.

Mick Fleetwood is a distinguished artist, who managed to build a music and acting career. He managed to recover the band Fleetwood Mac even after all the members left it. Even though the band didn’t seem to produce any original music styles, the albums were selling well even some time after Fleetwood left it for good.

While working with Fleetwood Mac, Mick recorded several solo albums. He also worked as part of the band Mick Fleetwood’s Zoo. Fleetwood was part of a music team with Jo-Anne and Dave Kelly, Bob Branning, and Bob Hall. They called their project Tramp. It was a team with no strings attached. However, they still managed to record two hit albums. They were mostly famous for such successful tracks as “What You Gonna Do”, “Like You Used to”, and “You Gotta Move”.

Then Mick Fleetwood formed another band Mick Fleetwood Zoo, which became moderately successful. In 1992, the band released the second studio album Shakin’ the Cage, which was favored by blues rock fans.Throughout the next decade, Mick was coming closer and closer to blues. His next album Something Big (2004) was released by the group Mick Fleetwood Band. However it as mostly a solo work. After the release of that album, Mick went back to blues-rock. He called his new band Mick Fleetwood Blues Band. One of the band’s early songs “Looking..” was a success.

In 2008, Mick Fleetwood Blues band released the LP Blue Again, which was a hit. For the next 9 years, Mick didn’t change the band name or lineup. He continues to record blues music and performs live.