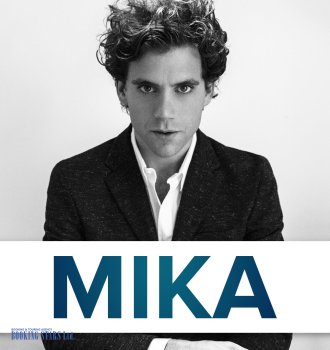 Mika was born on August 18, 1983, in Lebanon. He is a singer and a songwriter, mostly known for such hits as “Relax, Take It Easy”, “Grace Kelly”, and “Happy Ending”. Mika holds numerous awards, including a BRIT award.

Michael Holbrook Penniman, Jr was just 12 months old when his family moved to Paris. When he was 7 years old Michael wrote his first song.

In 1992, Mika’s family moved to London, where Michael continued to write songs and study music.

In 2007, Mika released his first studio album Life in Cartoon Motion. The LP was a big hit. It topped the UK Albums Chart and reached the 29th spot on Billboard 200. The album also topped various European charts and sold over 8 million copies worldwide. The fourth single from that album “Happy Ending” was a big hit. After hearing lightweight and happy songs from Mika, no one expected such a complicated creation. People started comparing him to Freddy Mercury.

Mika received worldwide recognition after the release of the legendary song “Relax (Take It Easy)”, which got into the top-10 of various European charts but failed to make it into Billboard Hot 100.

In 2009, Mika released his second studio album The Boy Who Knew Too Much. The LP reached the 2nd spot on UK Albums Chart and sold over 2 million copies worldwide. The first single from that album “We Are Golden” was a big hit and reached the 4th spot on the UK Singles Chart. The music video was very popular on YouTube.

Mika released two more albums Origins of Love (2012) and No Place In Haven (2015). Both of them were less successful than his previous work but still got into the charts all over the world. Mika continues to write new songs and performs live.