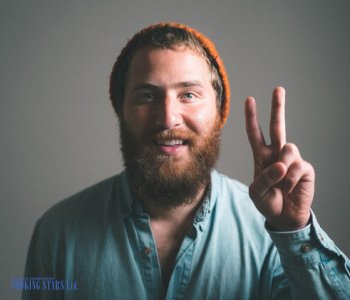 Mike Posner was born on 12 February 1988 in Detroit. His parents weren’t in the music business. However, that didn’t stop the young man from deciding to pursue a music career. It all started with a hobby back in high school. The fame came to the artist much later, when he uploaded cover versions to Beyonce’s “Halo” to YouTube.

Posner’s first serious project was a mixtape, which he recorded for a college party. Mike attended Duke University at the time. To record the mixtape, he invited DJ Benzi and Don Cannon. Soon after, Posner’s mixtapes became popular among students. He started performing in other universities and got gigs in different nightclubs. Later, in one of the interviews, Posner shared that such quick fame was completely unexpected for him. However, the singer embraced it happily. A high school hobby turned into a successful career.

The representatives of Jive Records noticed the talented musician. After an audition, the artist got an offer, which he happily accepted. In 2009, after graduating, Posner signed a contract with Jive. In February, he presented a new mixtape, A Matter of Time. Another mixtape, One Foot Out the Door, came out in October.

The next important release in the musician’s career was his debut LP, 31 Minutes to Takeoff. The leading single, “Cooler Than Me”, climbed to the sixth step of Billboard Hot 100. After the release, the singer performed at large festivals, Warped Tour and Bonnaroo. Singles "Please Don't Go" and "Bow Chicka Wow Wow", which were part of the debut LP, climbed to the 20th and 30th spot of Billboard Hot 100 accordingly. After that, many organizers tried to book Mike Posner for private events.

In 2011, Mike’s single “Cooler Than Me” brought him an ASCAP award. Next year, RCA Music Group closed J Records. Arista and Jive Records went with it. However, Mike and several other artists re-signed contracts directly with RCA and continued working.

After the release of the debut LP, Posner started working on the next album, which was supposed to be called, Sky High. He recorded the lead single for the LP, "Looks Like Sex". However, in 2011, instead of a full-time album, Mike released a mixtape, The Layover. The overwhelming popularity, which Posner was experiencing after the debut LP’s release was tough on the musician. He decided to take a short break so Sky High never came out.

A few months later, Mike tweeted that he was working on a new LP, Pages, which would come out in the summer of 2013. In June, he presented a new single "The Way It Used To Be". In September, the singer released a music video for the next track, "Top of the World". The long-awaited EP, Pages, came out in October.

In April 2015, the artist recorded a hit single, "I Took a Pill in Ibiza", which was part of an exclusive EP, The Truth. Initially, only the chosen fans received a link to download the album in their email. Later, it became available in online stores.

Norwegian producer SeeB created a remix for the song. It collected over a billion views on Spotify and reached high spots on Irish, Dutch, the UK, and Norwegian charts.

The second LP, At Night, Alone, came out in March 2016. It featured new tracks and several remixes. Critics and fans gave the album high scores. It reached the 12th spot on Billboard 200.

In 2017, the musician started experimenting. He wrote a book and began working with an American singer, BlackBear. They formed a duo called Mansionz and released several popular tracks, such as "Stfu", "Dennis Rodman", and "Rich White Girls". Later, the artists presented an album, Mansionz. To record it, they worked with G-Eazy, Soren Bryce, Cyhi the Prynce, Dennis Rodman, and other celebrities.

At the beginning of 2019, Mike presented another solo album, A Real Good Kid, which featured 11 songs, including "January 11th, 2017", "Wide Open", "Staring at the Fire", and others. In October, he released one more LP, Keep Going.