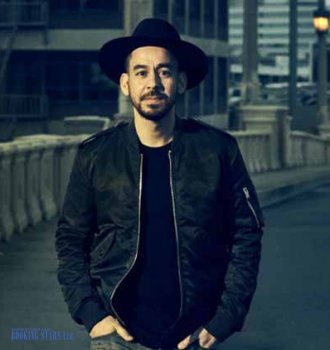 Mike Shinoda was born in 1977 in Los Angeles suburbs. His father was Japanese. His mom had Hungarian and Russian heritage. Mike has a younger brother Jason.

Shinoda spent his childhood in a small city near LA. When he was six, his mom noticed the boy’s love for music and decided to pay for piano lessons. In school, Mike met one of the future members of Linkin Park, Brad Delson. While in high school, Shinoda learned how to play the guitar. He set up a small studio in the garage, where he and Brad recorded their first songs.

Soon, the young men found a drummer, Rob Bourdon, who attended the same high school. The artists called their band Xero. After school, Shinoda enrolled in Art Center College of Design in Pasadena. That’s where he met a DJ, Joe Hahn and invited him to join Xero. In 1997, two more artists joined the band. They were a bass guitar player, Dave Farrell, and a vocalist Mark Wakefield. The band recorded a short demo tape, but none of the labels noticed it. Soon, Dave and Mark left Xero, which seemed to have no future.

In 1998, Shinoda graduated from college and found a new vocalist for the band. It was Chester Bennington. The band changed the name to Hybrid Theory. In May, they released an EP, Hybrid Theory EP, which was uploaded to the Internet. The same year, the artists managed to sign the long-struggled-for contract with Warner Bros. Records. They changed the name once again and became Linkin Park.

In 2004, Shinoda created a side project, Fort Minor. Under that pseudonym, Mike released his own songs, which didn’t fit the style of Linkin Park. In November 2005, Fort Minor presented an LP, The Rising Tied, which came in 51st on Billboard 200. In 2006, he recorded two albums, which featured songs that didn’t make it into the remix album. In November, Shinoda decided to pause the project.

In May 2007, Linkin Park presented its third LP, Minutes to Midnight. Shinoda participated in recording the majority of the songs. Even though the critics gave the album mixed reviews, it topped Billboard 200 and the UK Albums Chart.

In September 2010, the group released its next LP, A Thousand Suns, which described the world’s fear of a nuclear war. The album was successful, selling about 240,000 copies in the first week. It topped US Billboard 200, US Top Alternative Albums, US Top Hard Rock Albums, and US Top Rock Albums Charts.

In 2014, Shinoda worked as a producer for the next album, The Hunting Party, which featured elements of hard rock. Once again, the group’s album conquered the charts.

In May 2017, the band finished working on the new LP, One More Light, which topped Billboard 200 and Top Rock Albums Chart. Two months later, Chester Bennington killed himself. It was a huge shock for Mike and the rest of the group.

Half a year after Bennington’s death, Shinoda released a solo EP, Post Traumatic, which reflected his feelings about what happened in the band. Mike continued working solo and released an LP with the same name. It topped US Top Alternative Albums and US Top Rock Albums Charts. After that, many organizers started trying to book Mike Shinoda for private events.

Mike continues recording hits and performing live. He also works as a producer with such celebrities as Busta Rhymes, Cypress Hill, Jay-Z, and others. 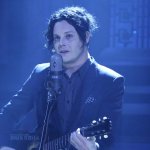 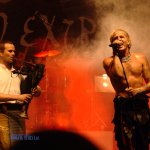